It was the press view of the ICA’s Journey Through London Subculture this morning.

I wrote about my own vitrine yesterday, which you can read by clicking here etcetcetc

Here are some of the other vitrines in this extraordinary show. 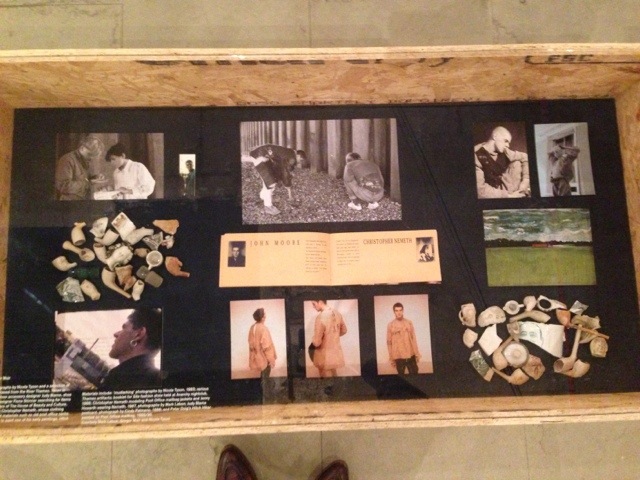 Some of their clay pipes. 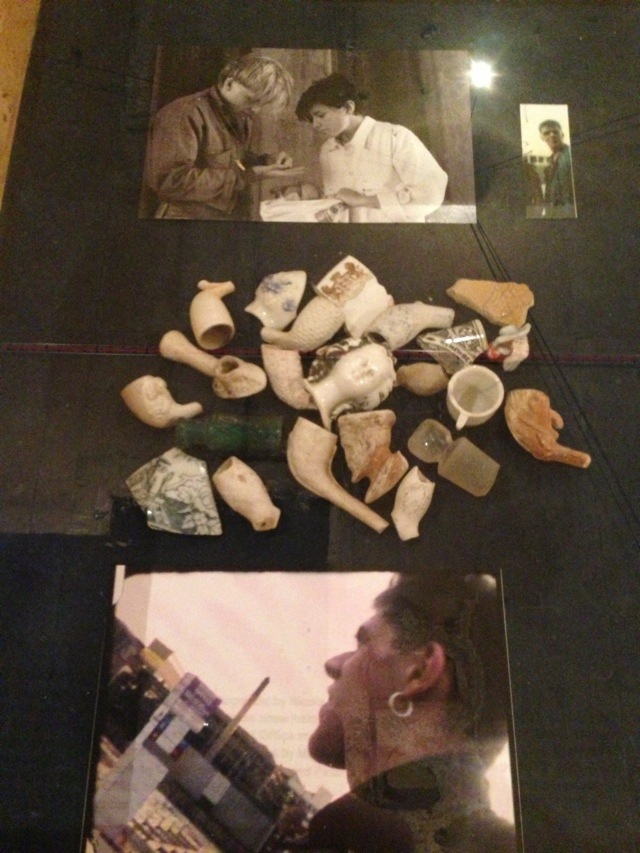 Photographs by John Maybury of The Shallow Terrorists, his abandoned degree project of images taken one night in the Warren Street Squat. 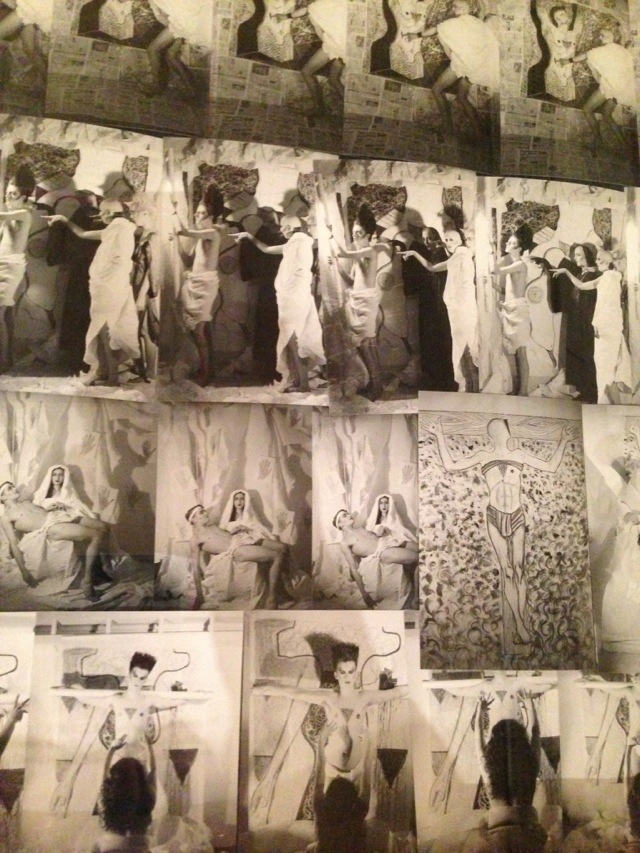 A photo of Princess Julia taken by Nicola Tyson during a performance by The Trindies. 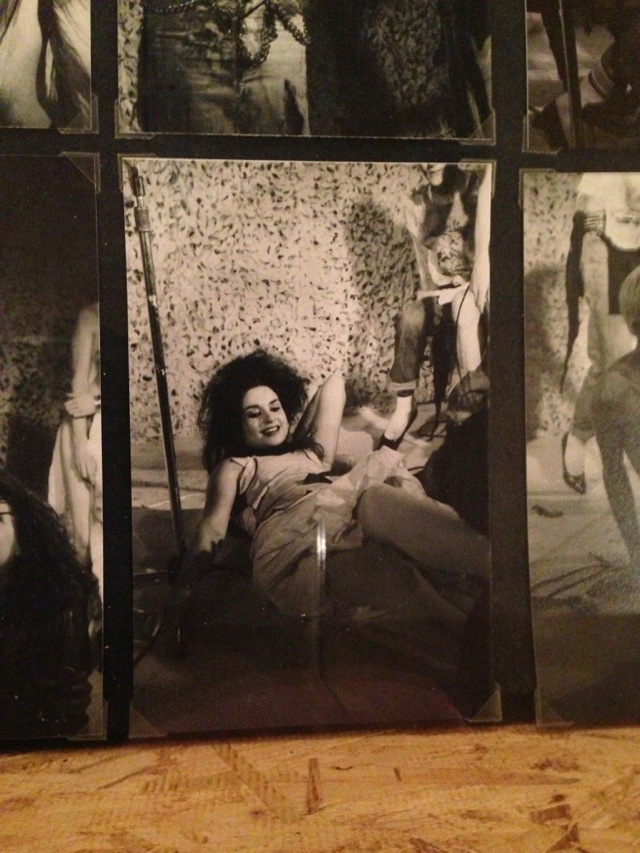 The next vitrine is incredibly important for me.

It features the work of David Robilliard, an artist who died of AIDS in 1988, age 36.

I remember his work so vividly from when I was a kid.

I find it profoundly moving.

The vitrine features images of many of his paintings, which included his poetry. 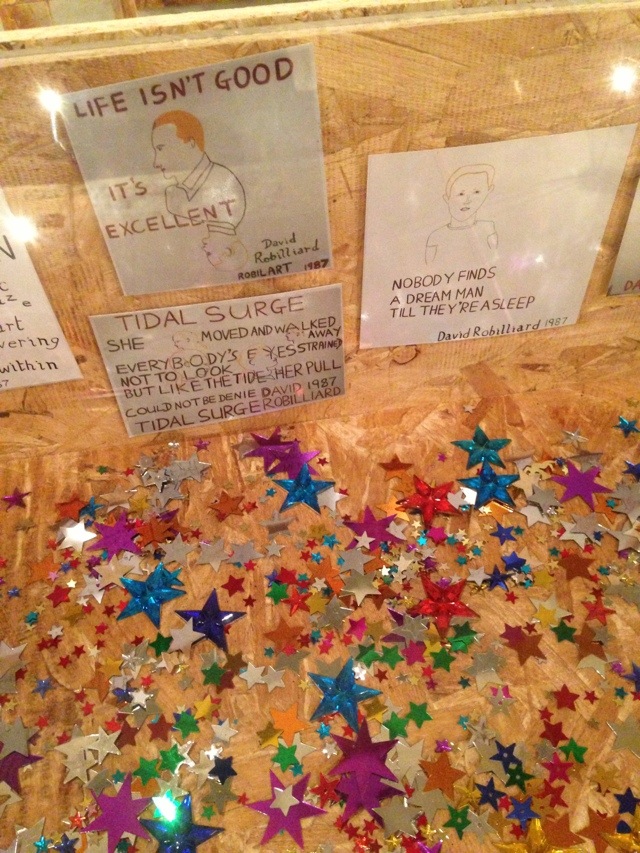 This one in particular gets me deeply. 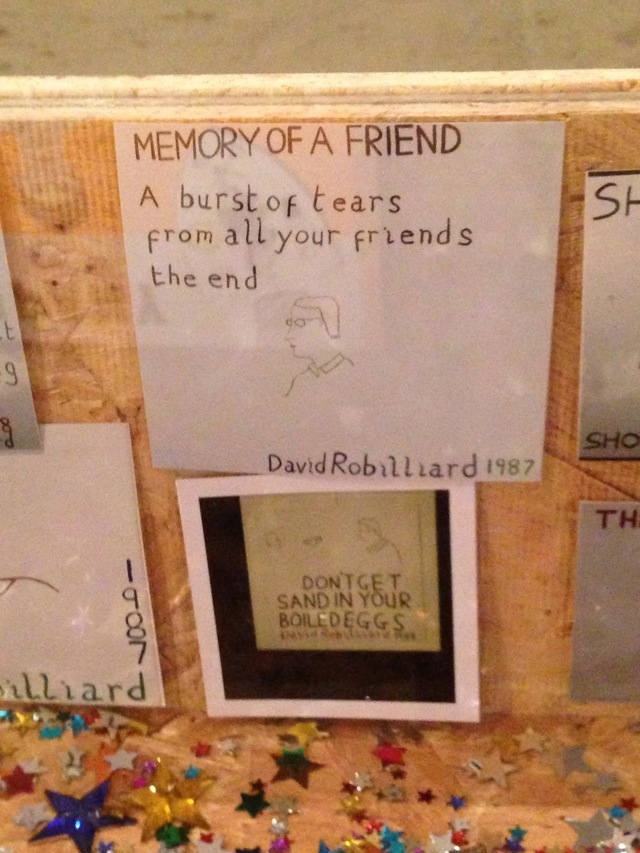 The triptych of vitrines by The House Of Beauty And Culture are incredible.

Here’s one of them. 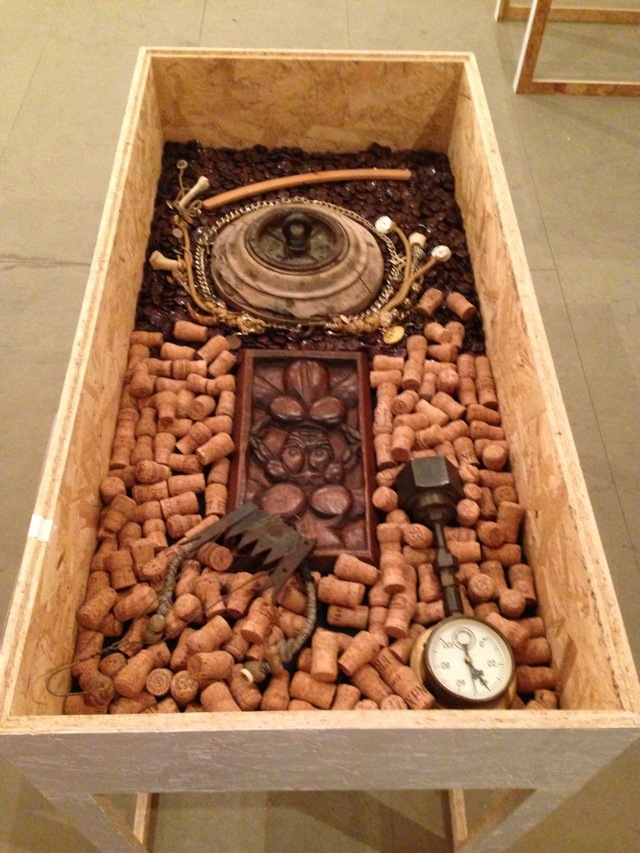 In another are Judy Blame’s badges made from foil that’s been used to smoke heroin. 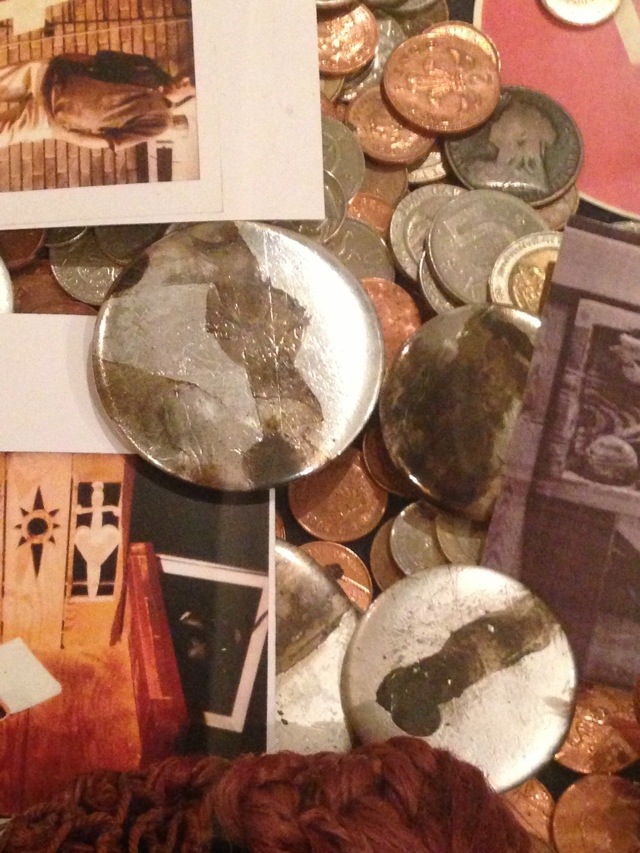 Also included are bits and bobs by Fric & Frack.

Read the address on this business card. 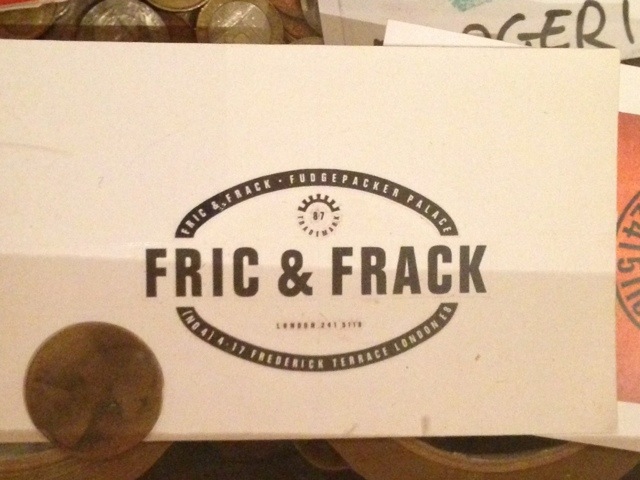 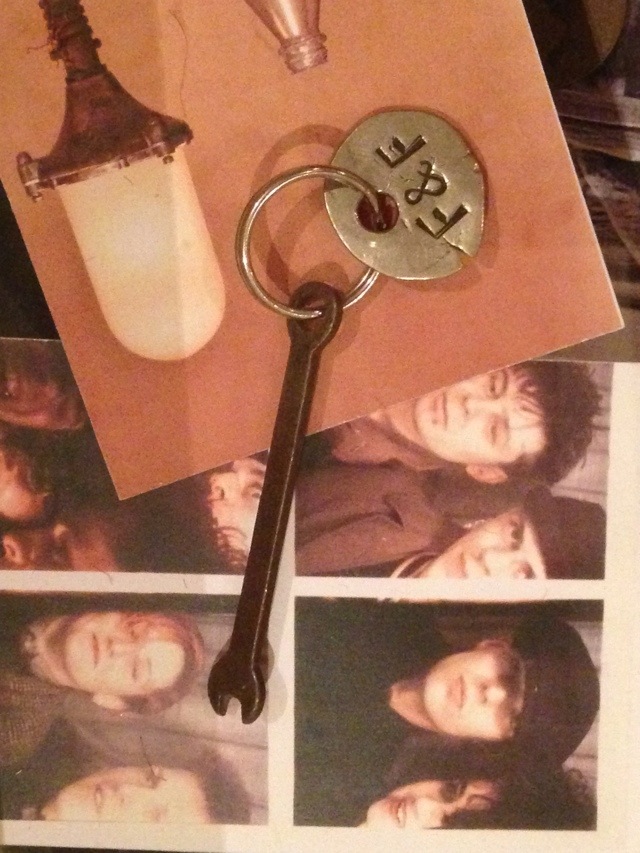 In Scarlett Cannon’s vitrine, there’s a letter from Leigh Bowery.

Look at his handwriting. 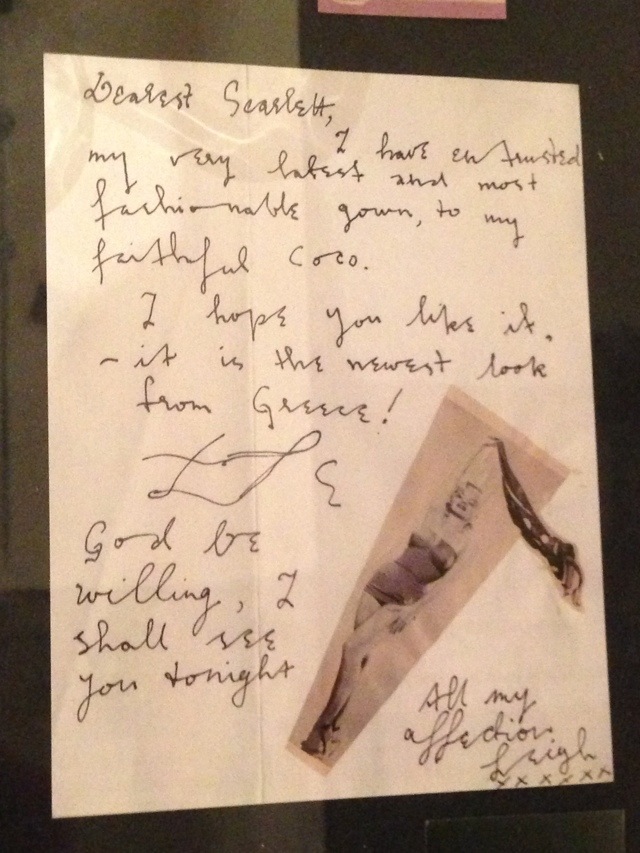 Princess Julia’s vitrine is so full, it spills out the sides. 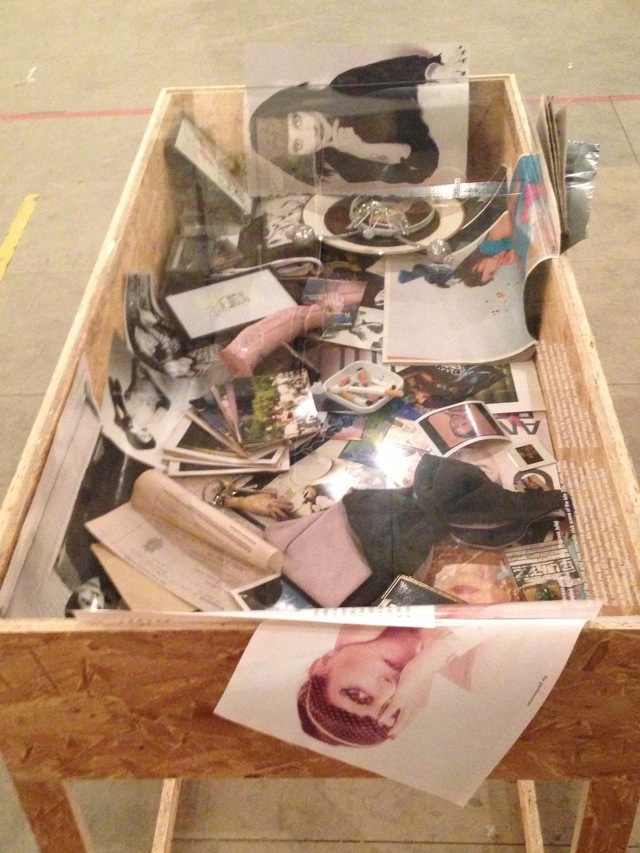 On the wall is a blown up poster for something I wish I’d been able to see – Michael Clark and The Fall’s I Am Curious Orange. 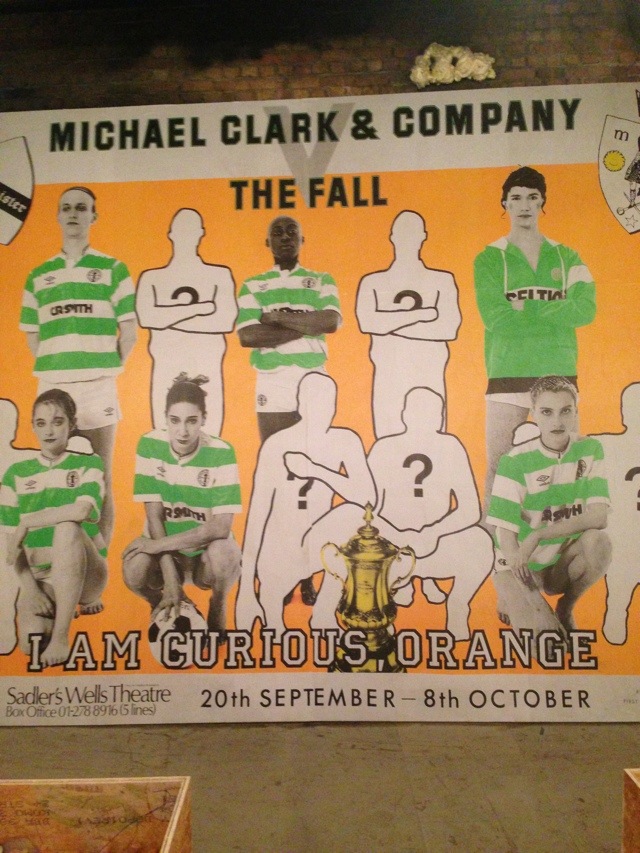 Jeffrey Hinton’s extraordinary alien wig nests features cut-out acetates of friends from then and now, many of whom did not survive. 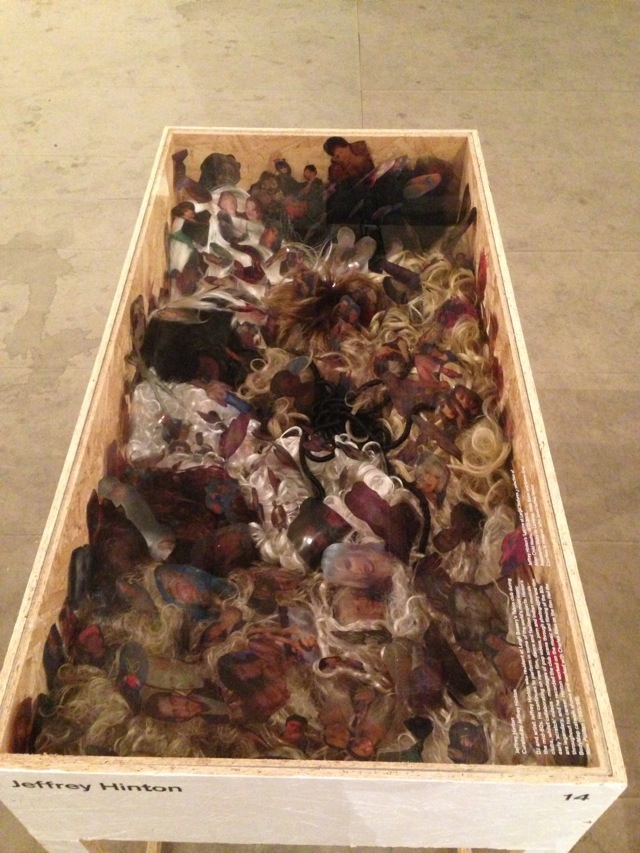 Ohmygod the vitrine for Delirium is INSANE. 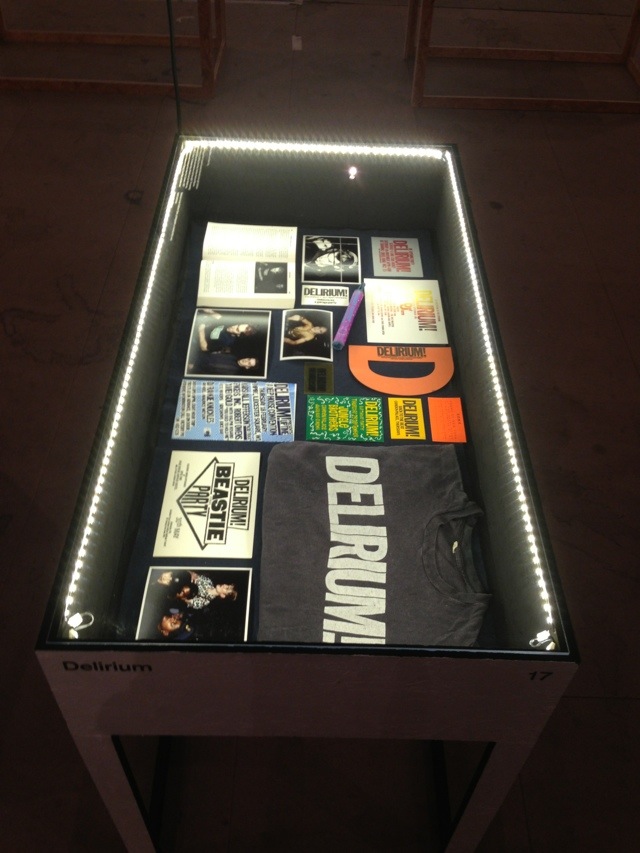 One of their flyers. 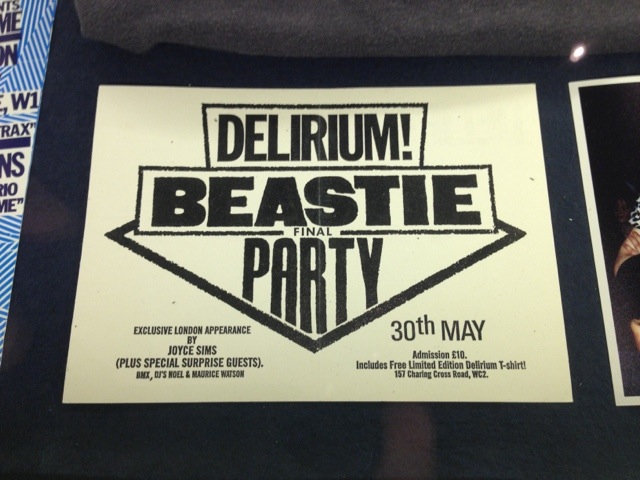 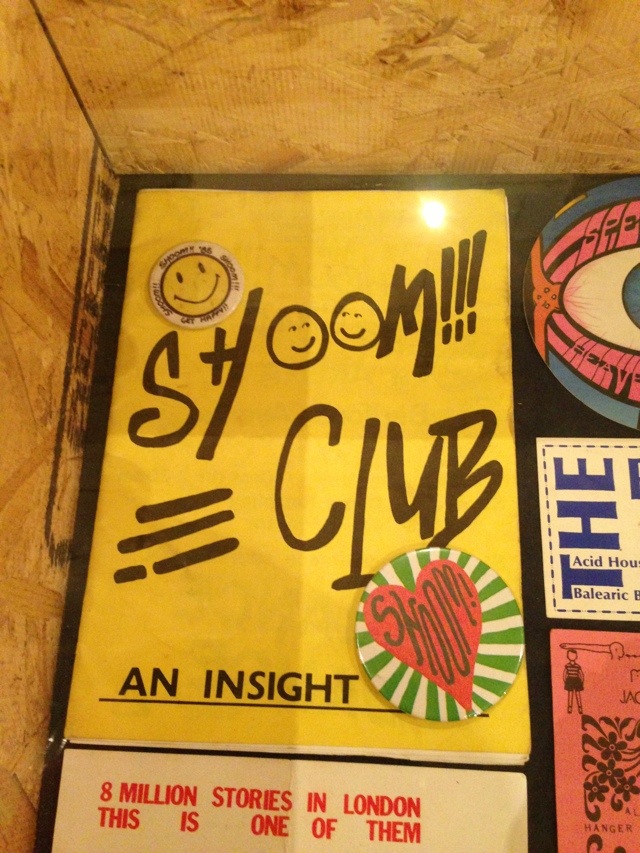 I find the vitrine for Factual Nonsense, featuring ephemera from The Fete Worse Than Death organised by Joshua Compston, to be incredibly moving. 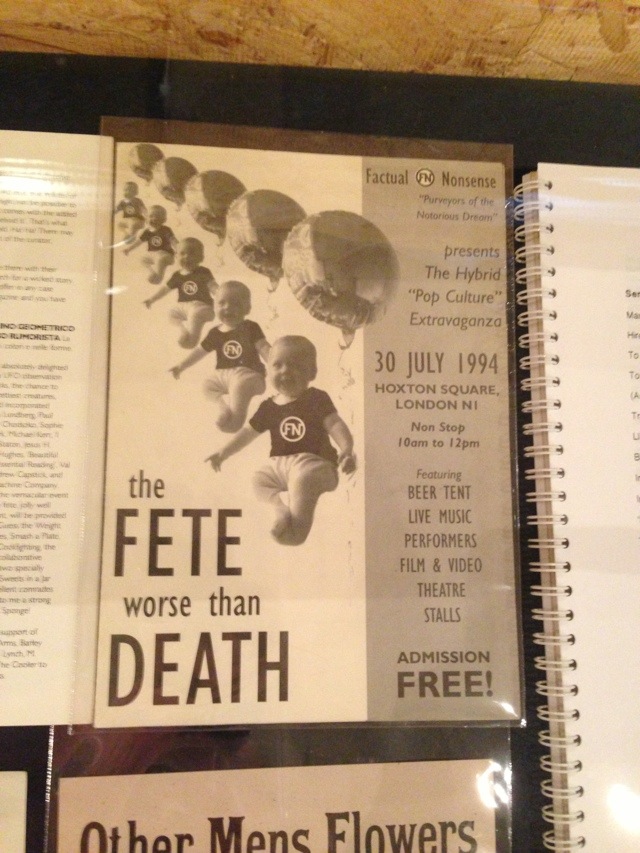 A proposal by Fergus Henderson for the French House Dining Room, where he was chef pre-St John. 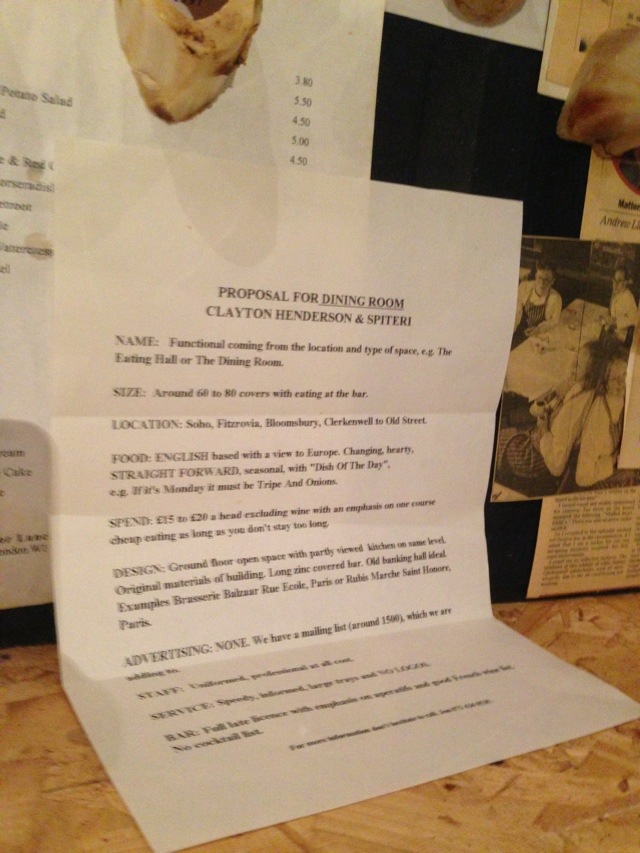 A young Fergus and Margot. 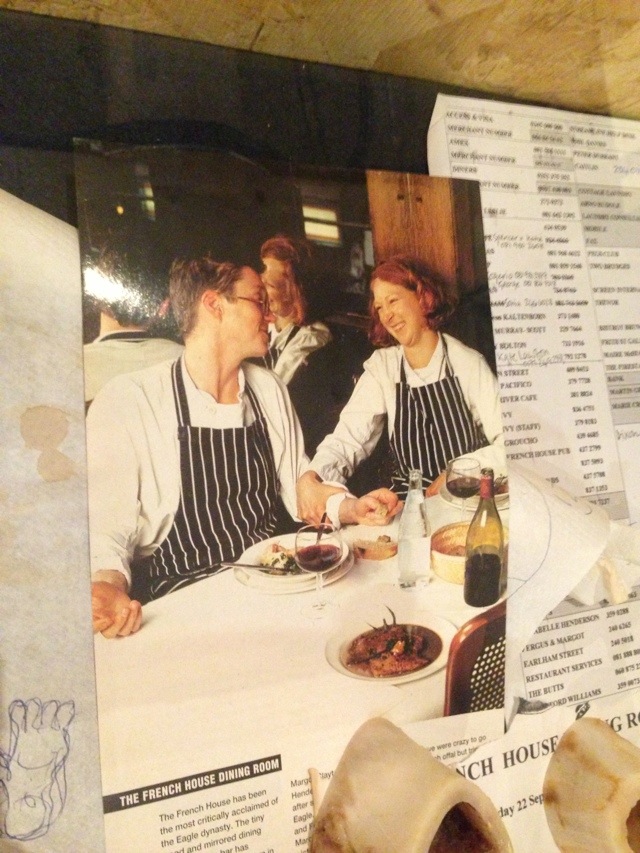 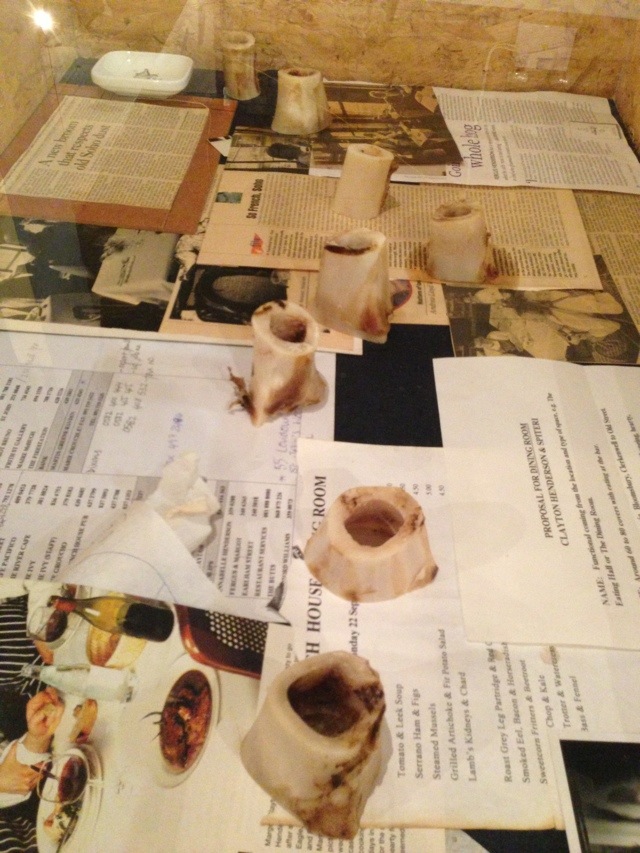 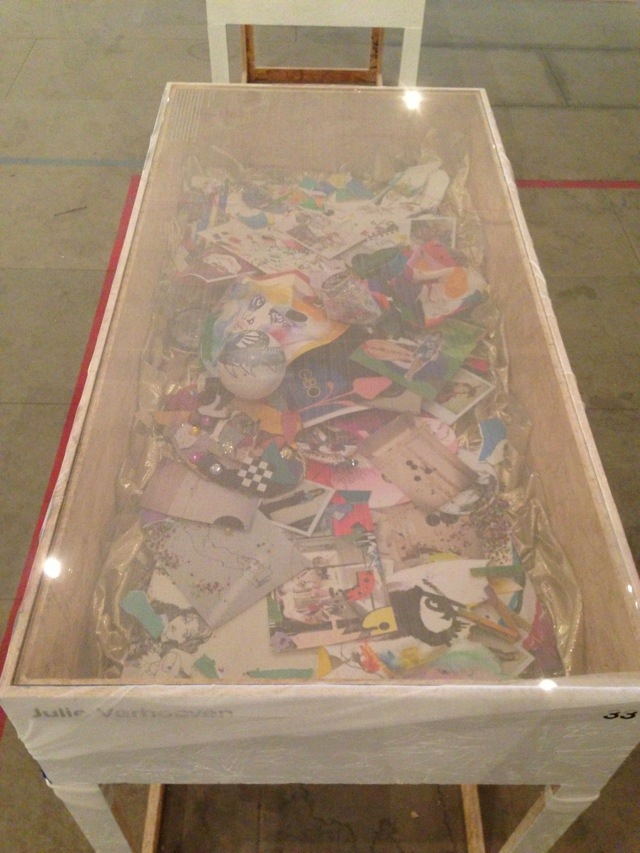 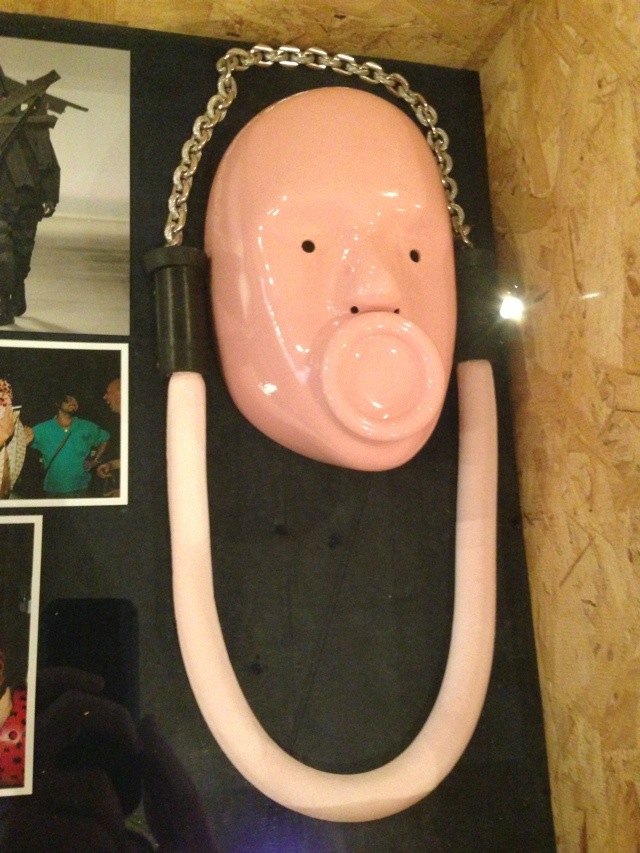 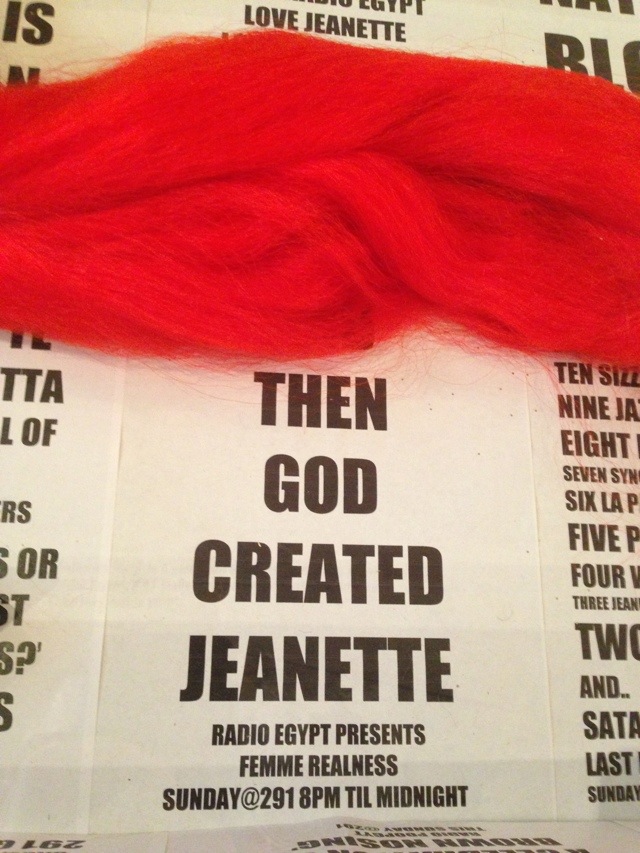 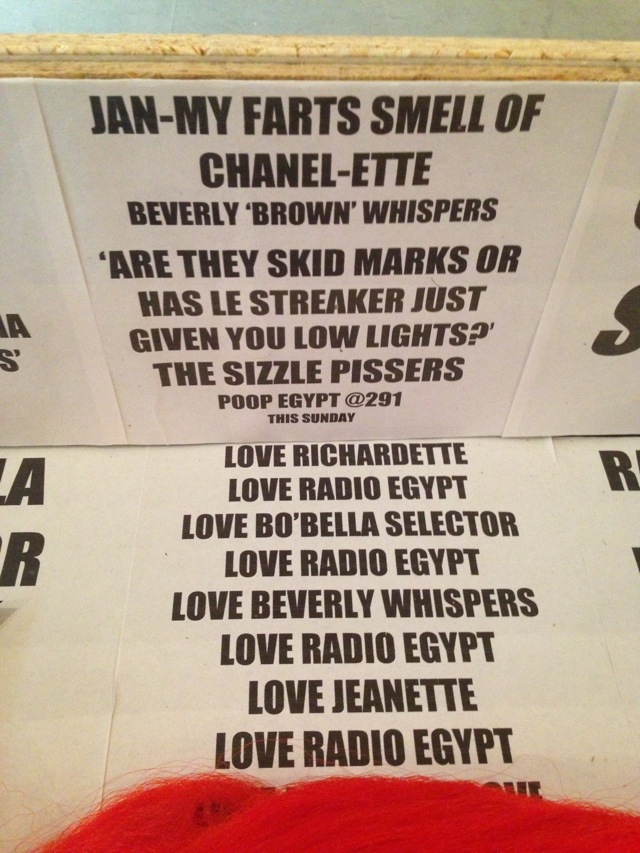 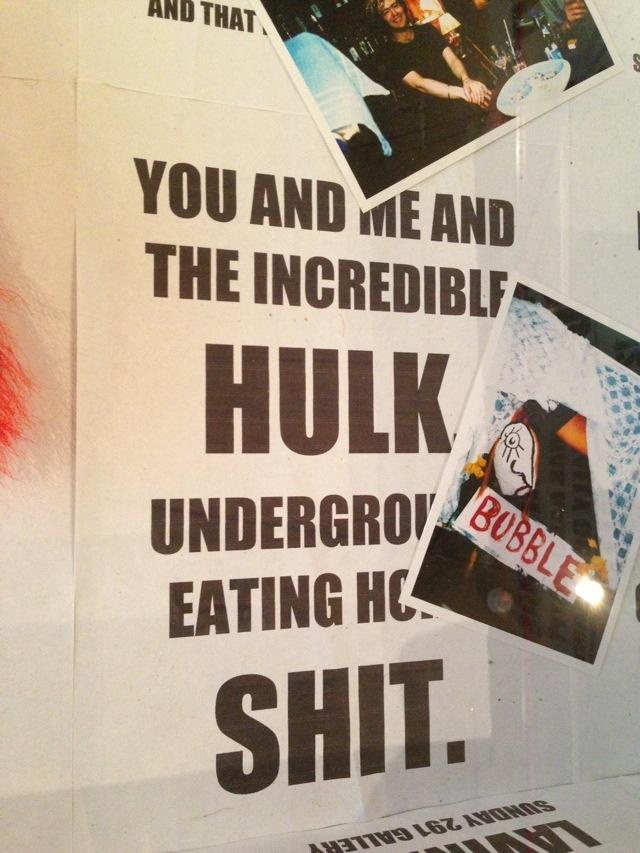 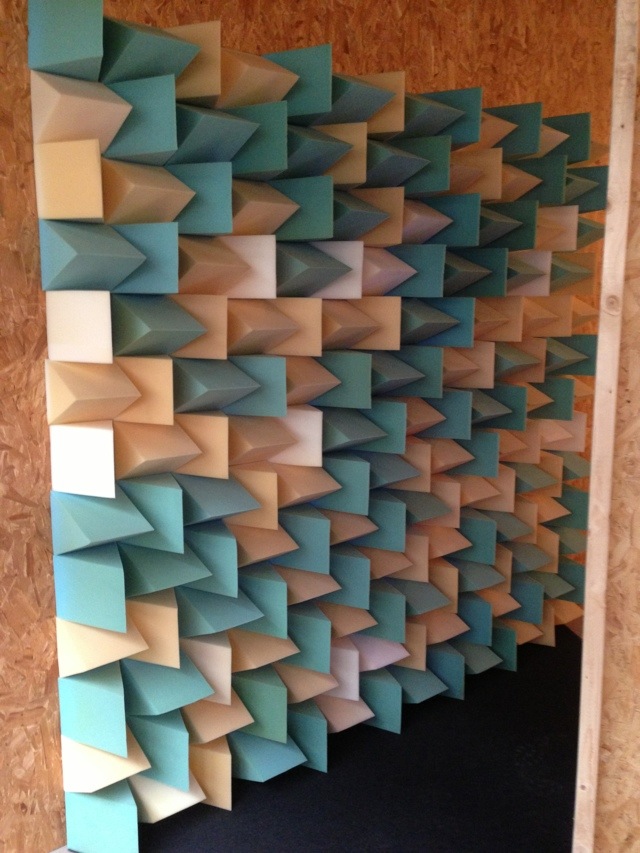 T-shirts using the pattern of the ICA floor by Lucky PDF. 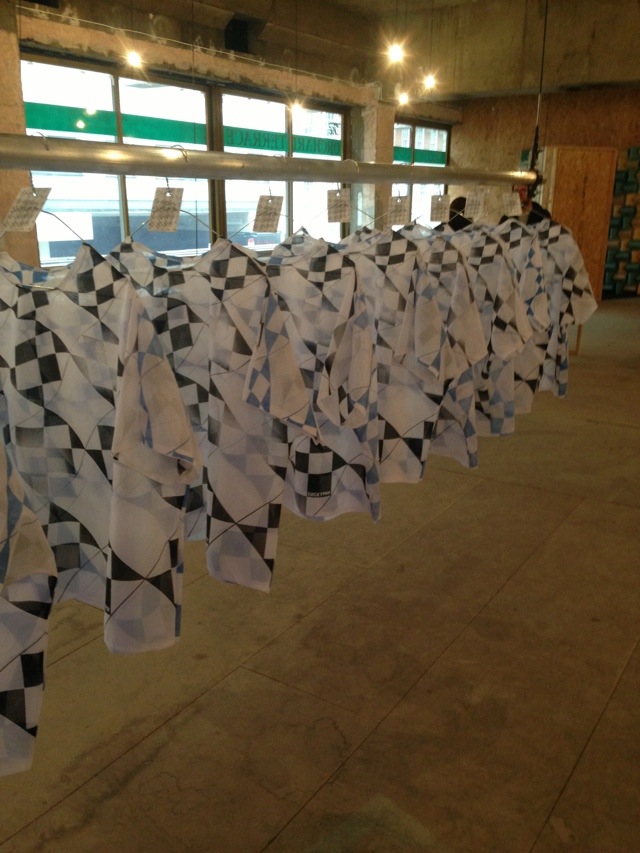 The vitrine by Vogue Fabrics is obviously incredible.

Try and spot the bottle of poppers. 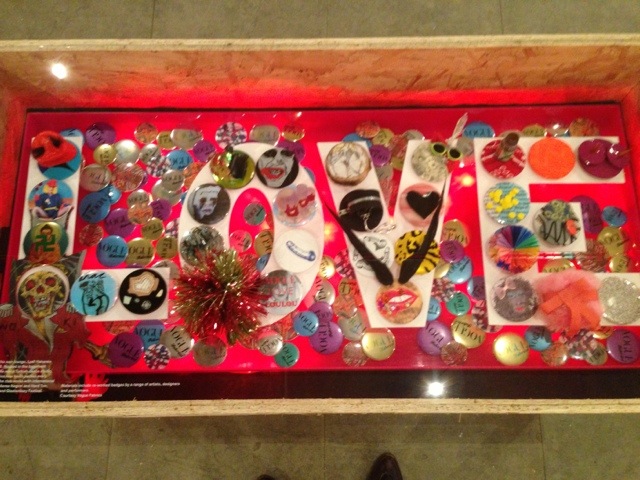 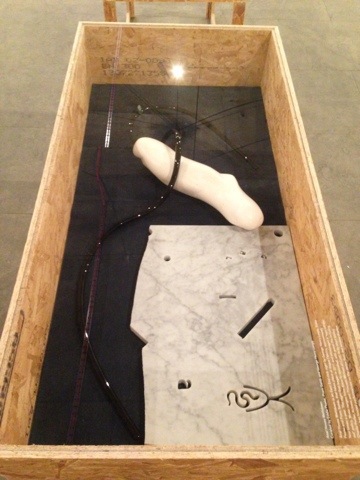 I took a load of images of them installing it at the weekend.

It was as amazing to see them installing theirs as it was to see Alan Macdonald, Judy Blame and Dave Baby install the vitrines for House Of Beauty And Culture.

There’s so, so much more in the show.

The party’s tonight, then it opens to the public at 12pm tomorrow.

Entrance is on Orchard Street, down the side of Selfridges.