It was the Dog Fancy Dress Extravaganza this weekend.

At the Nelson’s Head public house of East London.

Such was the anticipation of this event, the fear was that there would be more humans than dogs.

There was no need to worry.

Arriving to take her place as head judge was Dame Lulu Kennedy. 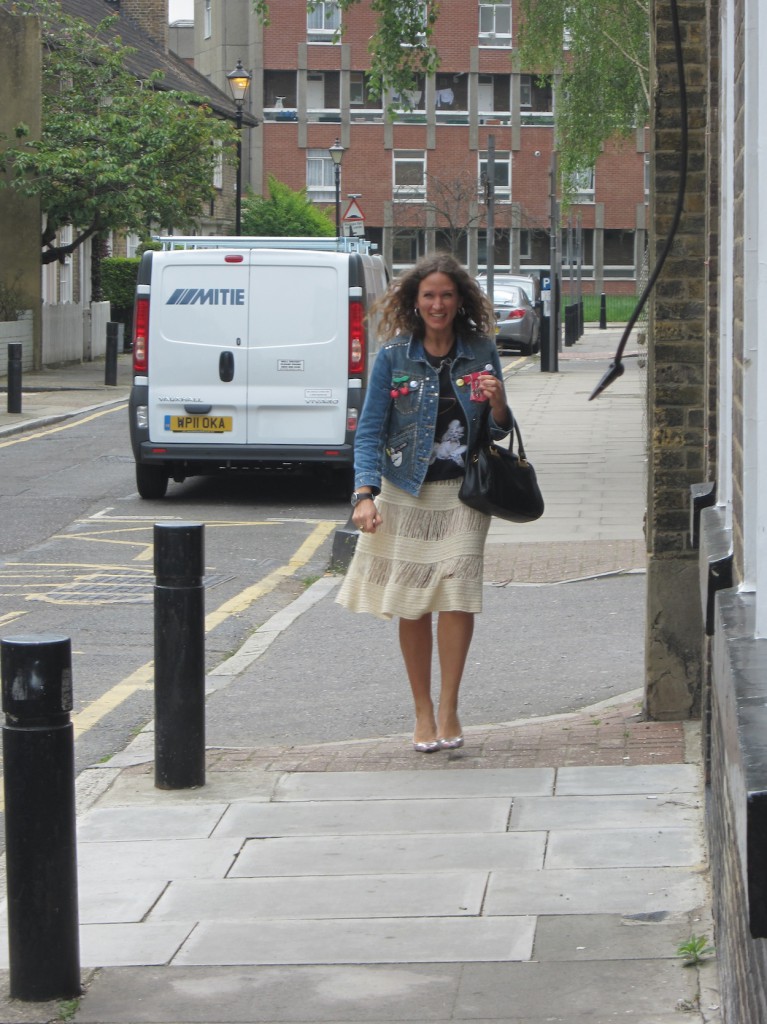 She was a bit late because she was waiting for a Number 8 bus.

Lulu was there by Royal Appointment, so she wore her MBE on her Marc By Marc Jacobs denim jacket. 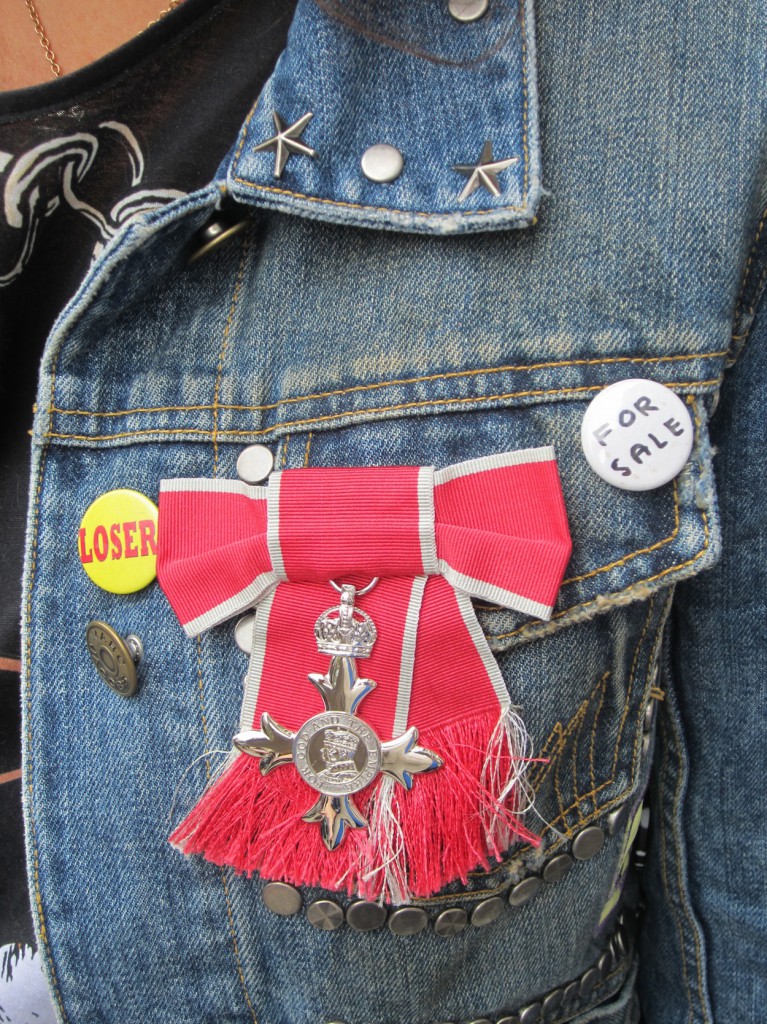 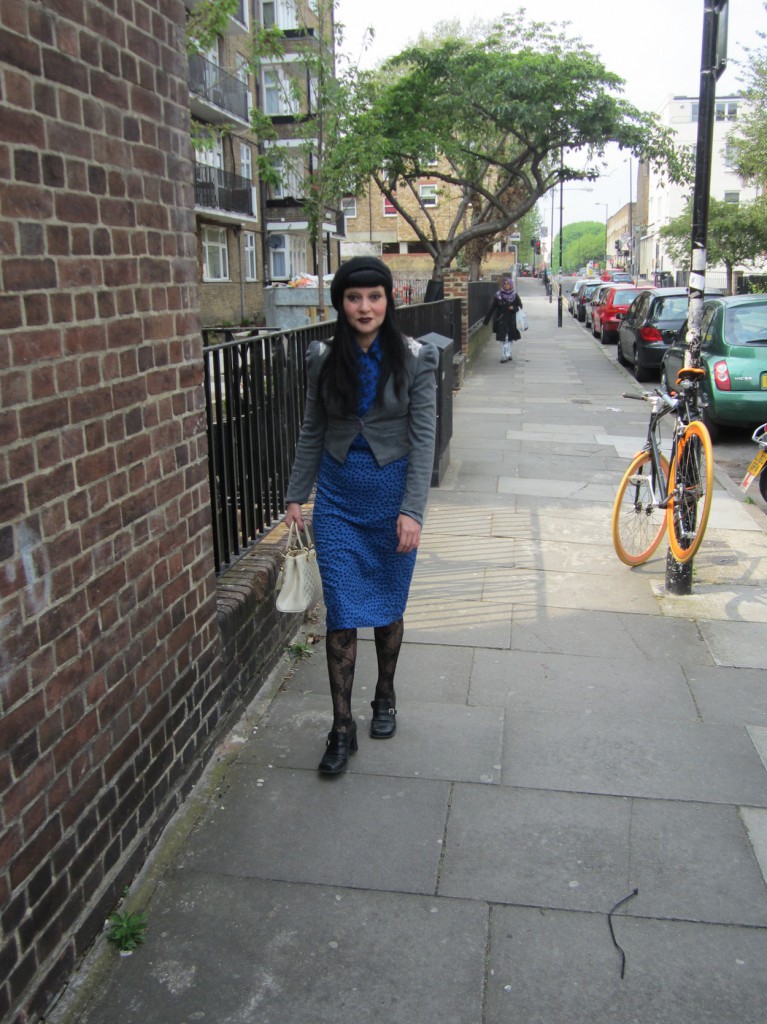 The street outside acted as the backstage area, where the dogs got themselves ready and waited for their turn on the dogwalk.

Yes, there was a dogwalk.

Here’s Coco being dressed in her chainmail. 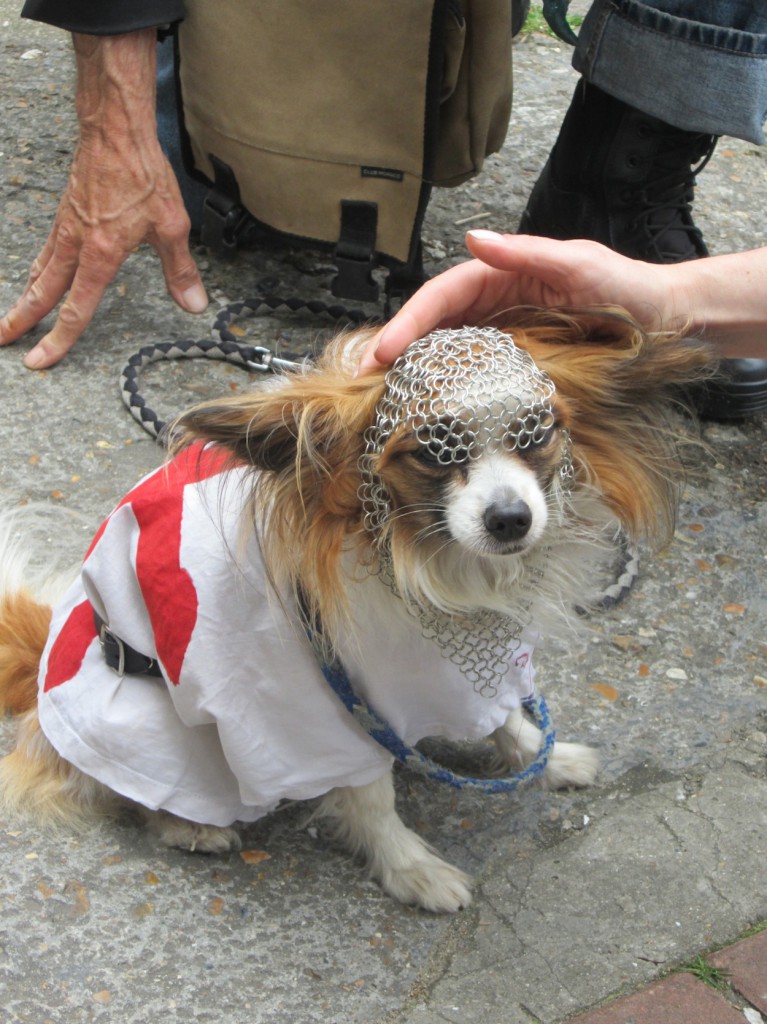 She was entering as George And The Dragon.

Here she is with her dragon. 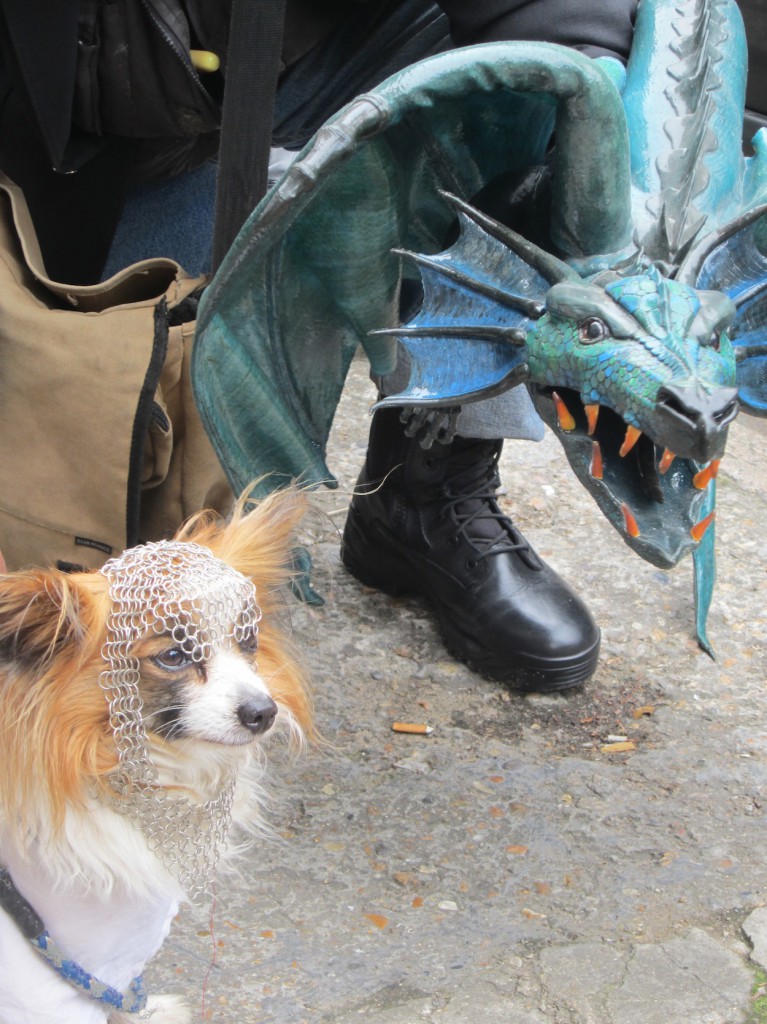 The theme of the extravaganza was “high fashion”.

But apparently it was inspired by Alexander McQueen.

So there you are.

Jean Genie had come as a swami, a fashion guru who tells her handlers which fashions to wear.

Today, the swami Jean Genie had instructed her handlers to only wear vintage Maison Martin Margiela.

They followed the swami’s instructions, head-to-split-toed-boot. 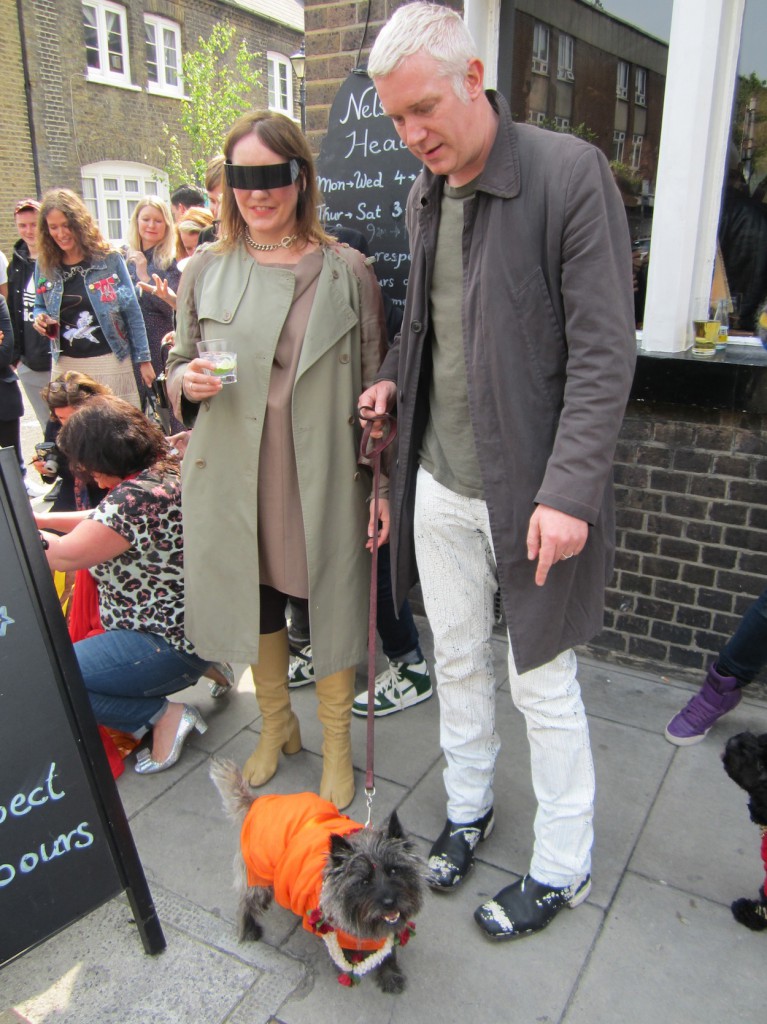 One was a chic harness. 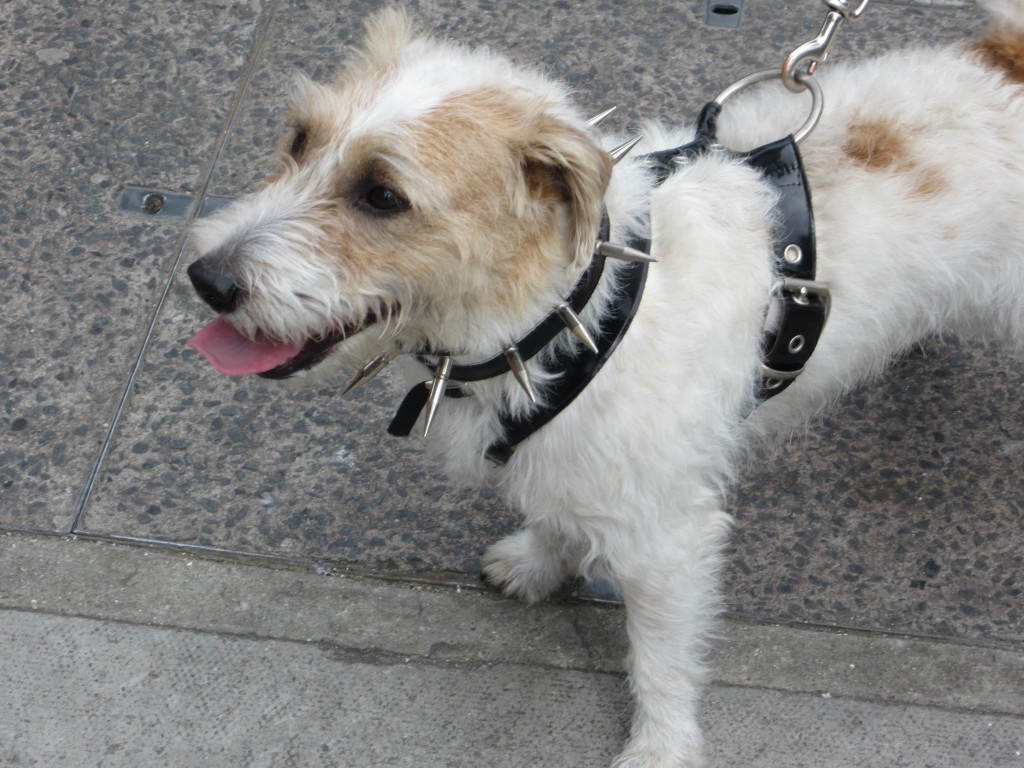 The other a sailor’s outfit. 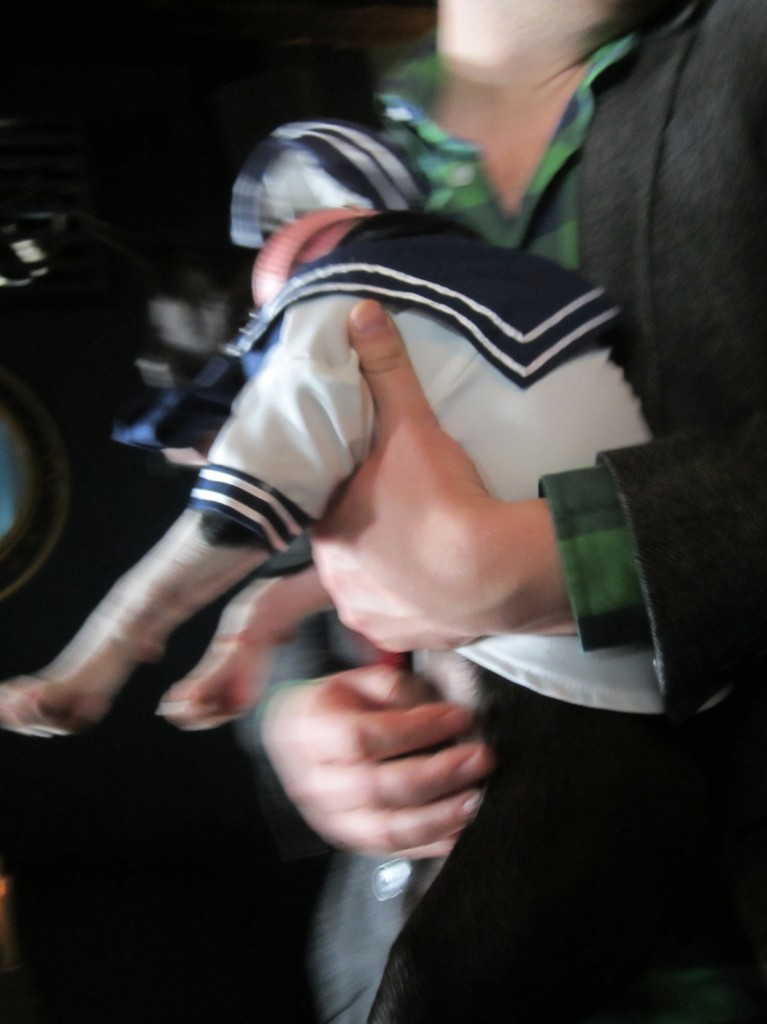 But sometimes, the simplest touches were the most effective.

Here is a dog named Blue. 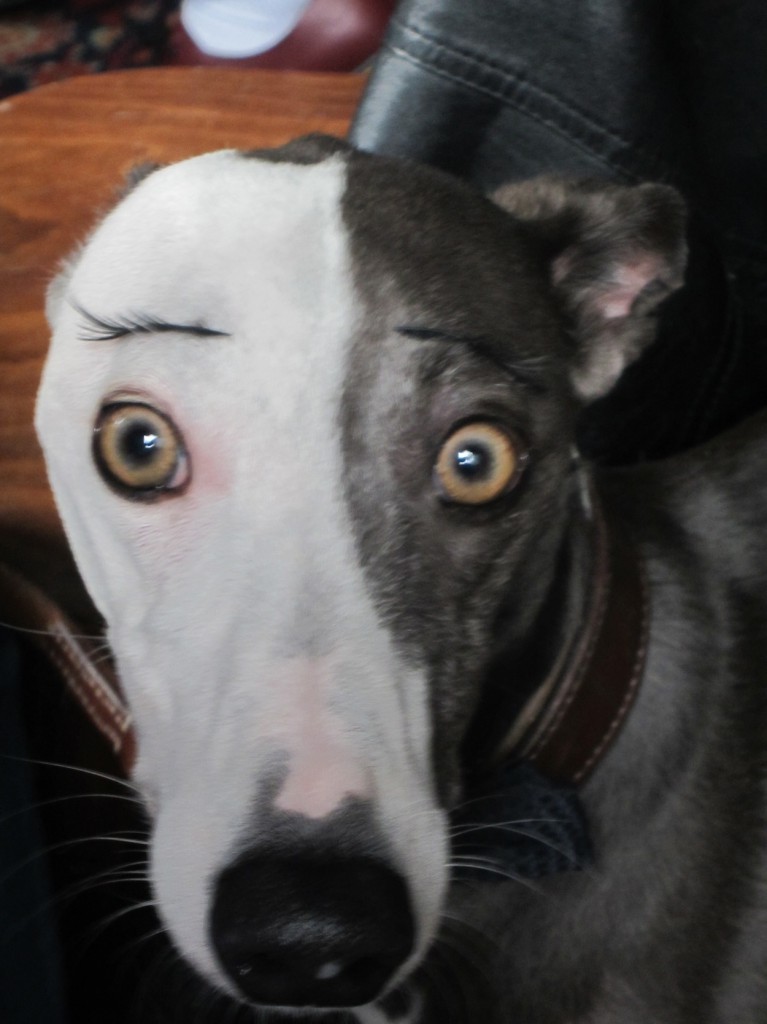 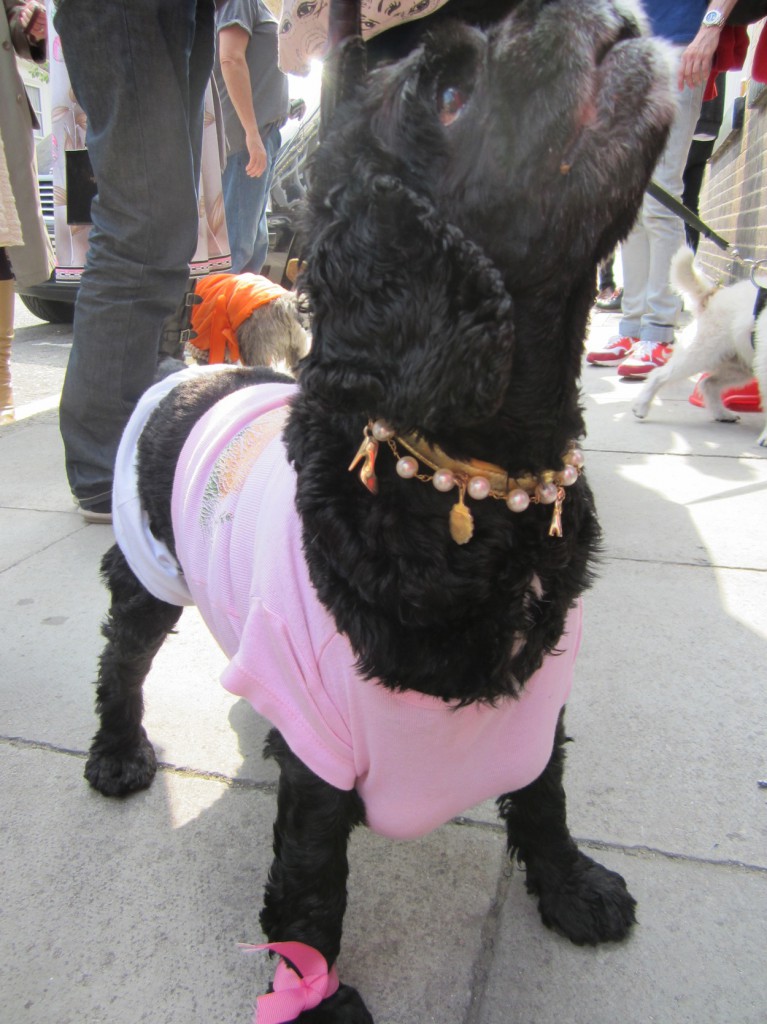 This dog was working banji realness. 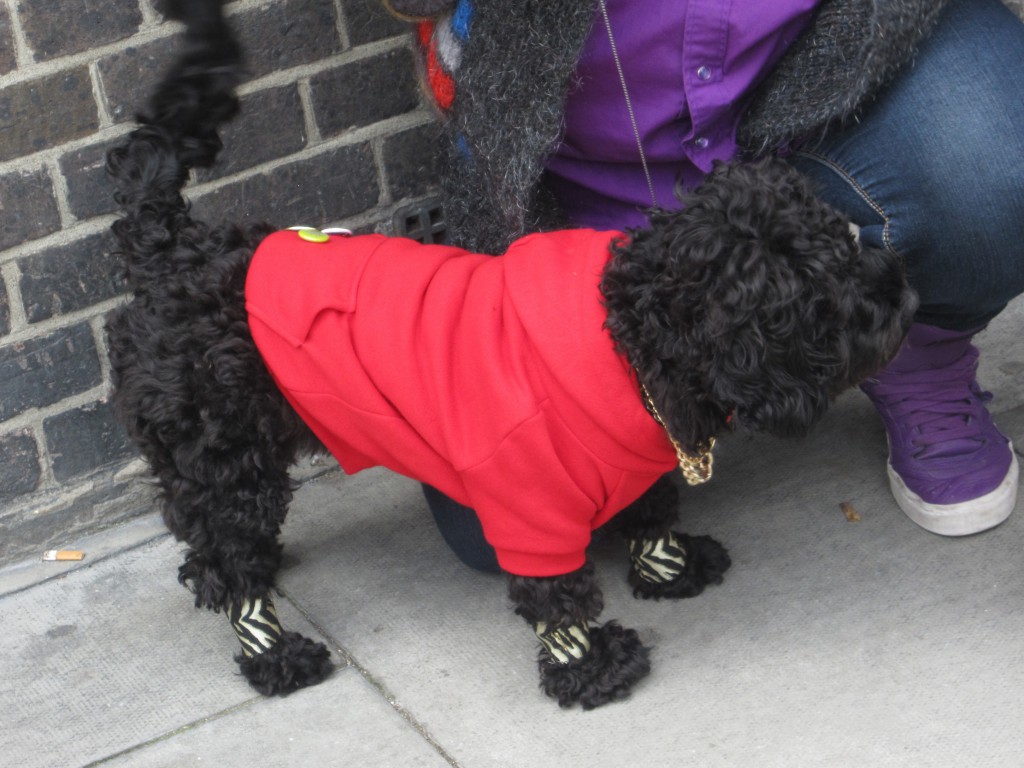 These two, Rio and Rosco, had past form, entering in previous years as suicide bombers, or as the Earth and the stars.

This year they came in their finest Marie Antoinette corsetry. 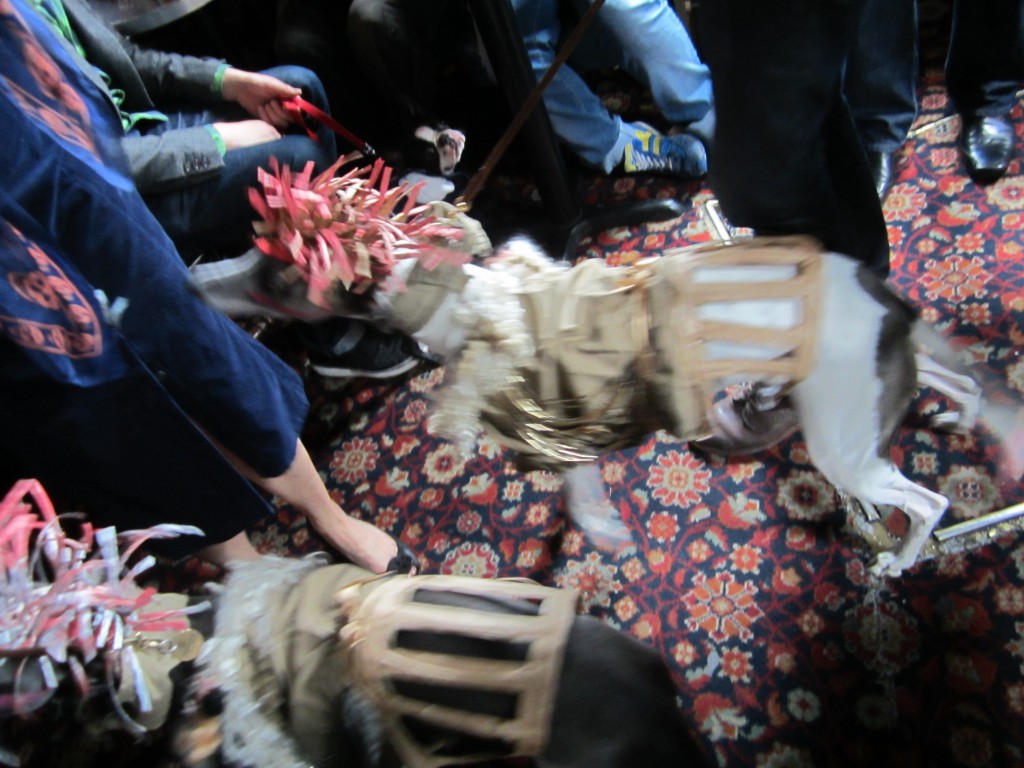 And then there was the poodle Patricia, who had come as Patricia Queen Of The Desert. 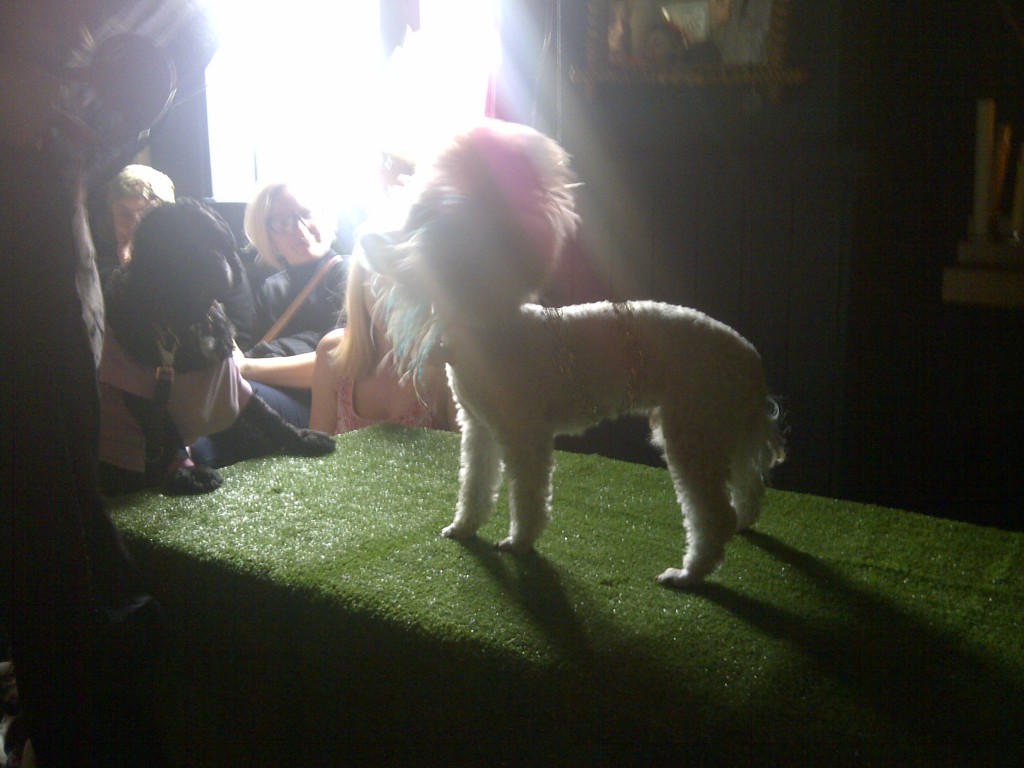 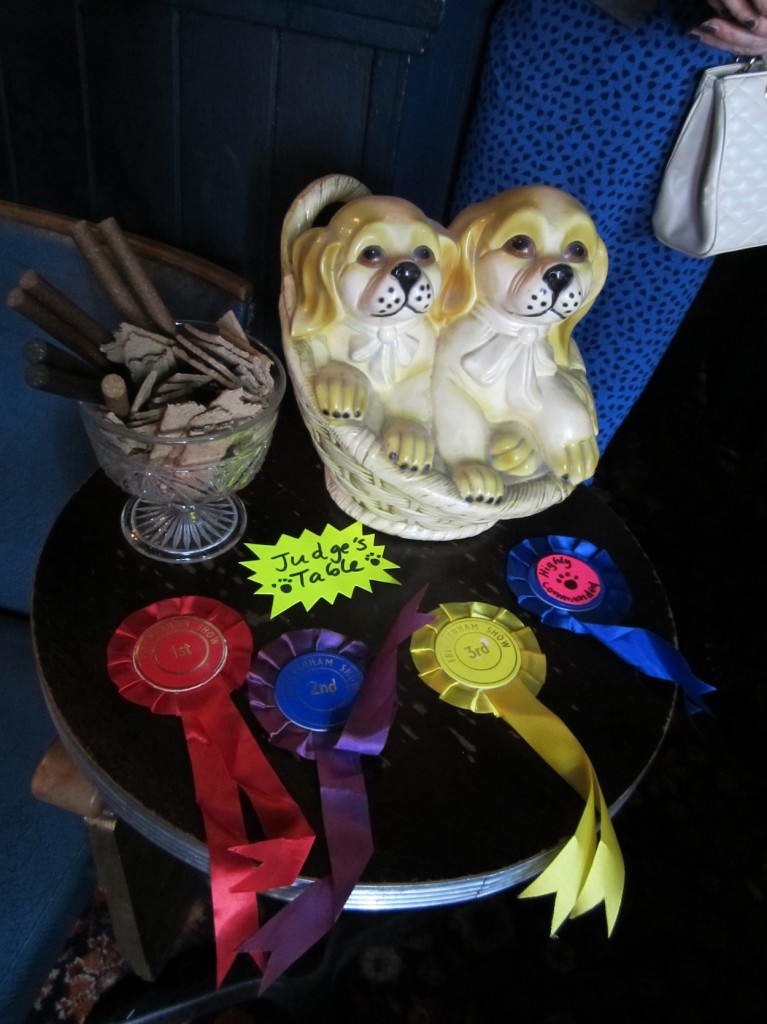 But what happened on the dogwalk?

There was an actual dogwalk.

Stay tuned, more to come… (when I’ve worked out how to upload videos).

(Yes, I have dogwalk videos).