It’s our twice-yearly chit-chat with our LULU KENNEDY CORRESPONDENT!

To talk through the upcoming autumn/winter 13 fashions from her label of amazingness Lulu & Co!

She’s in Paris at the moment, selling her label of amazingness to the stores of the world.

It’s her label which sees her collaborate with designers and artists, as well as create looks in-house, for all-round permanent fun.

LULU KENNEDY CORRESPONDENT, can you talk us through the collection?

“As soon as I get a minute between appointments”

Am sure we will.

Oooh it looks like our LULU KENNEDY CORRESPONDENT has finished her appointment.

“We called this collection Another Girl Another Planet and its about her time travelling to a happy Future.” 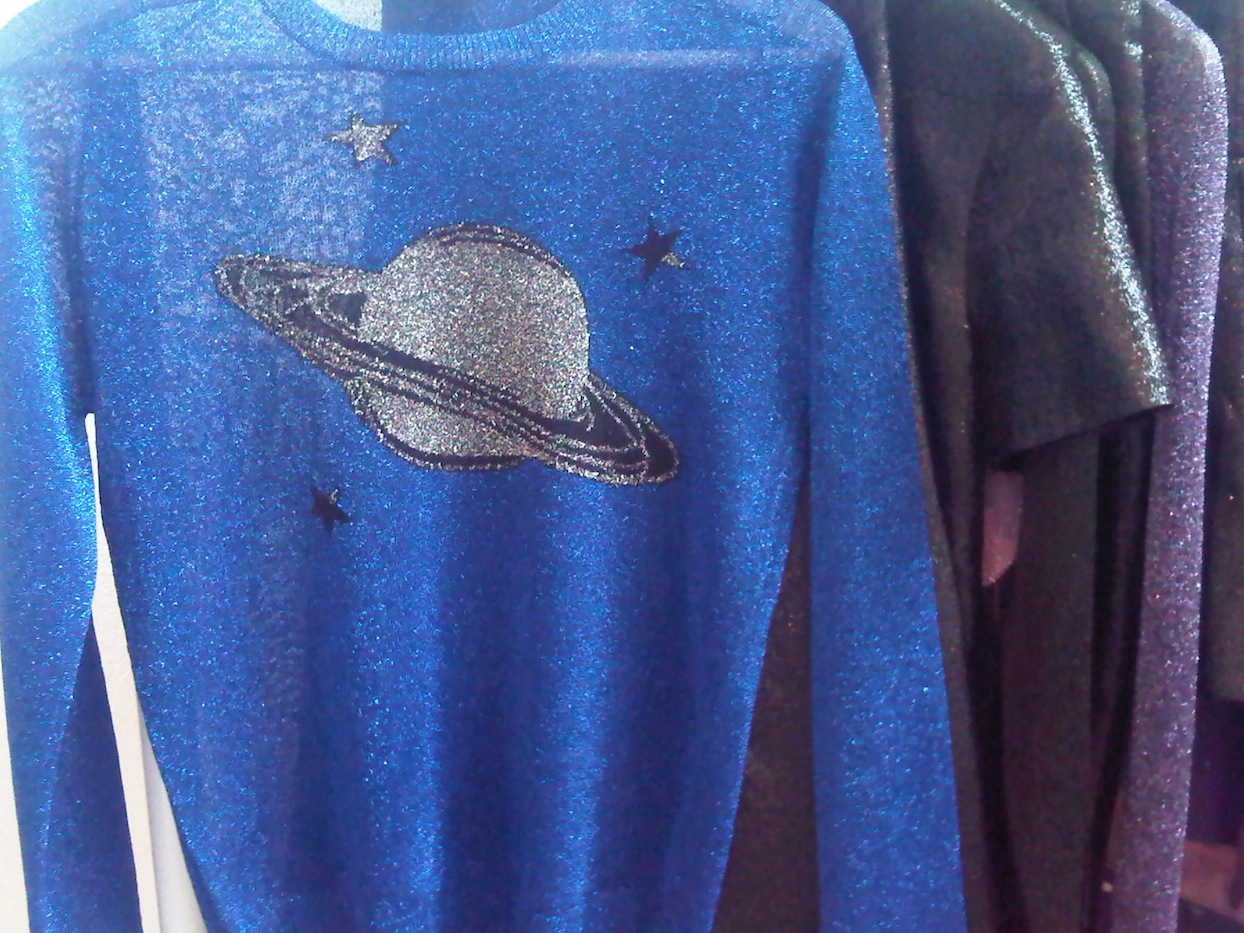 “I worked with LOVELY Ferry Gouw on prints he is amazing, does all the Major Lazer Diplo stuff and is really into cosmic stuff.” 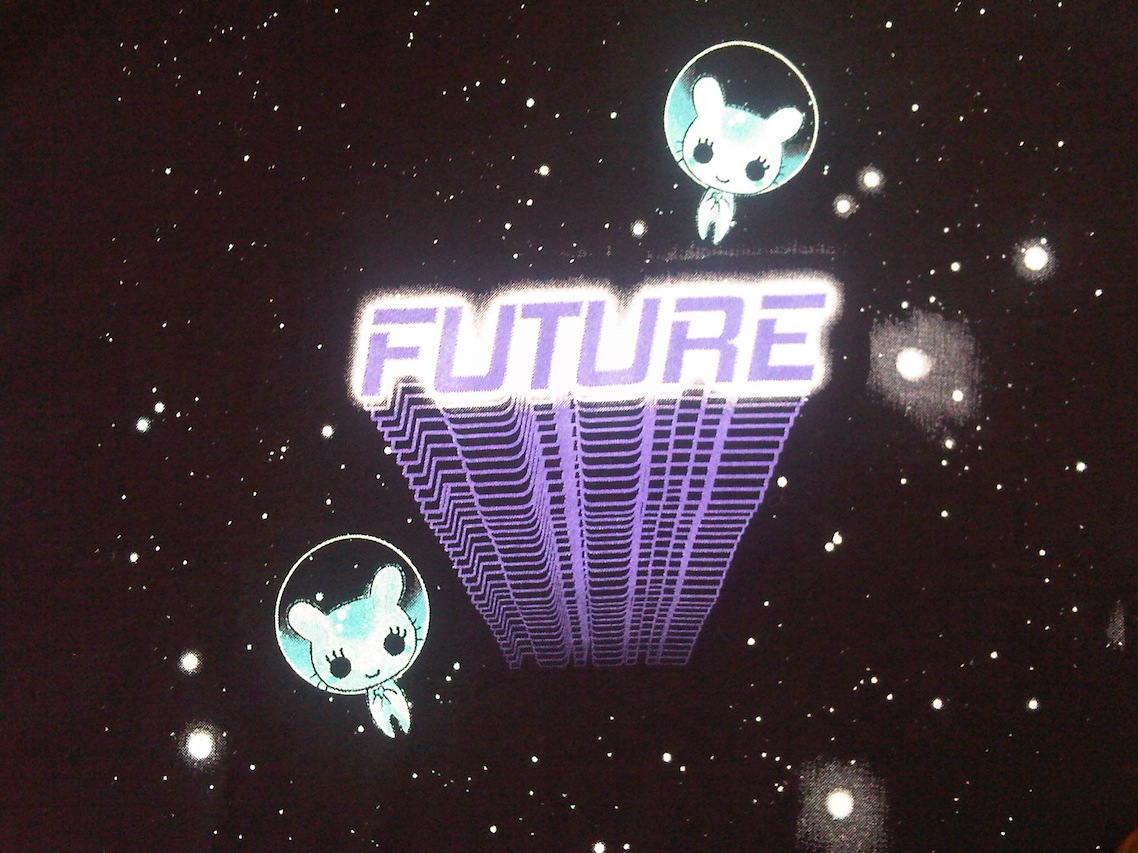 “Another tee with Ferry” 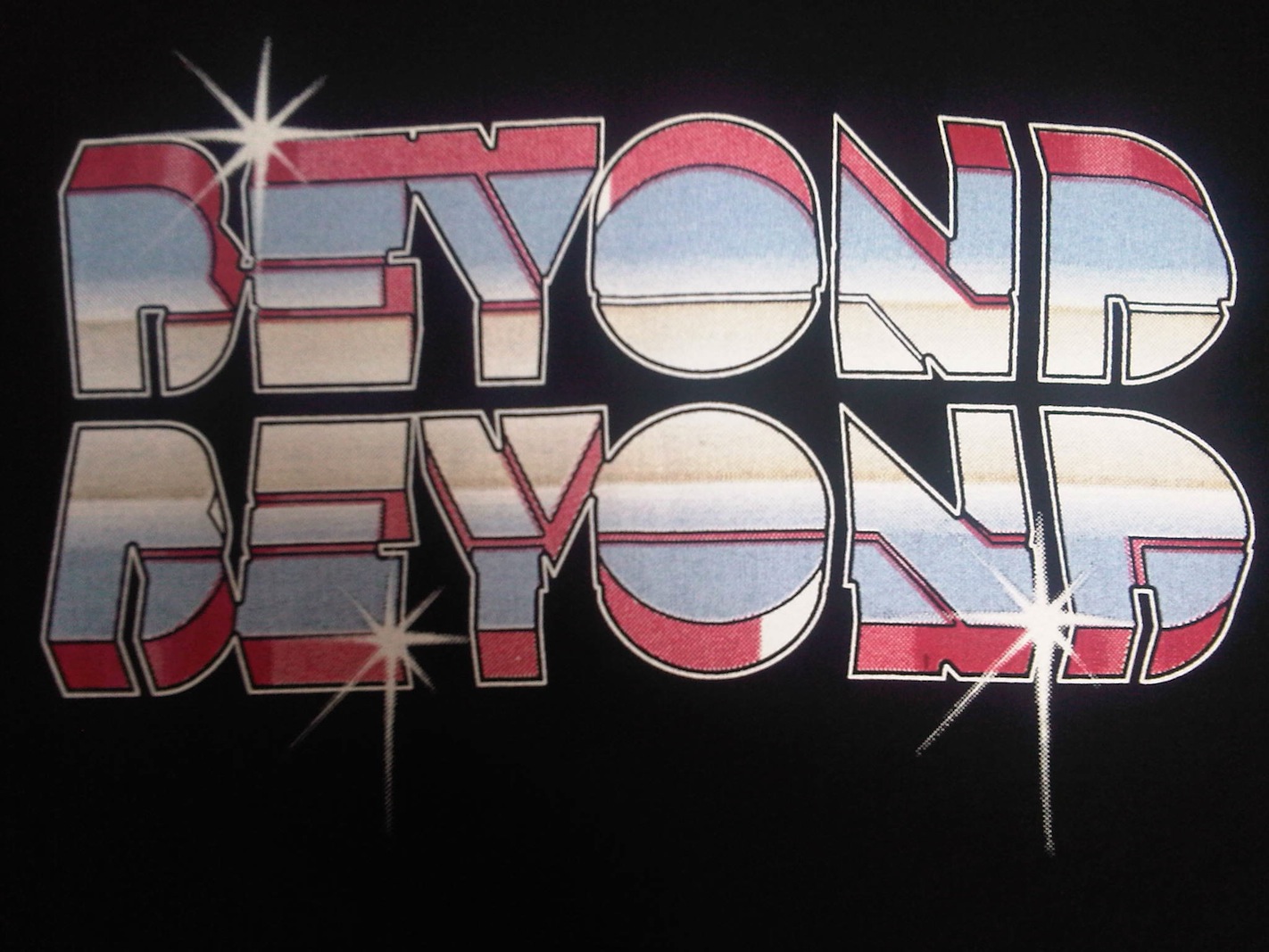 “Here’s a sick fantasy world tee me and Ferry did.”

Ooh what’s it made of? 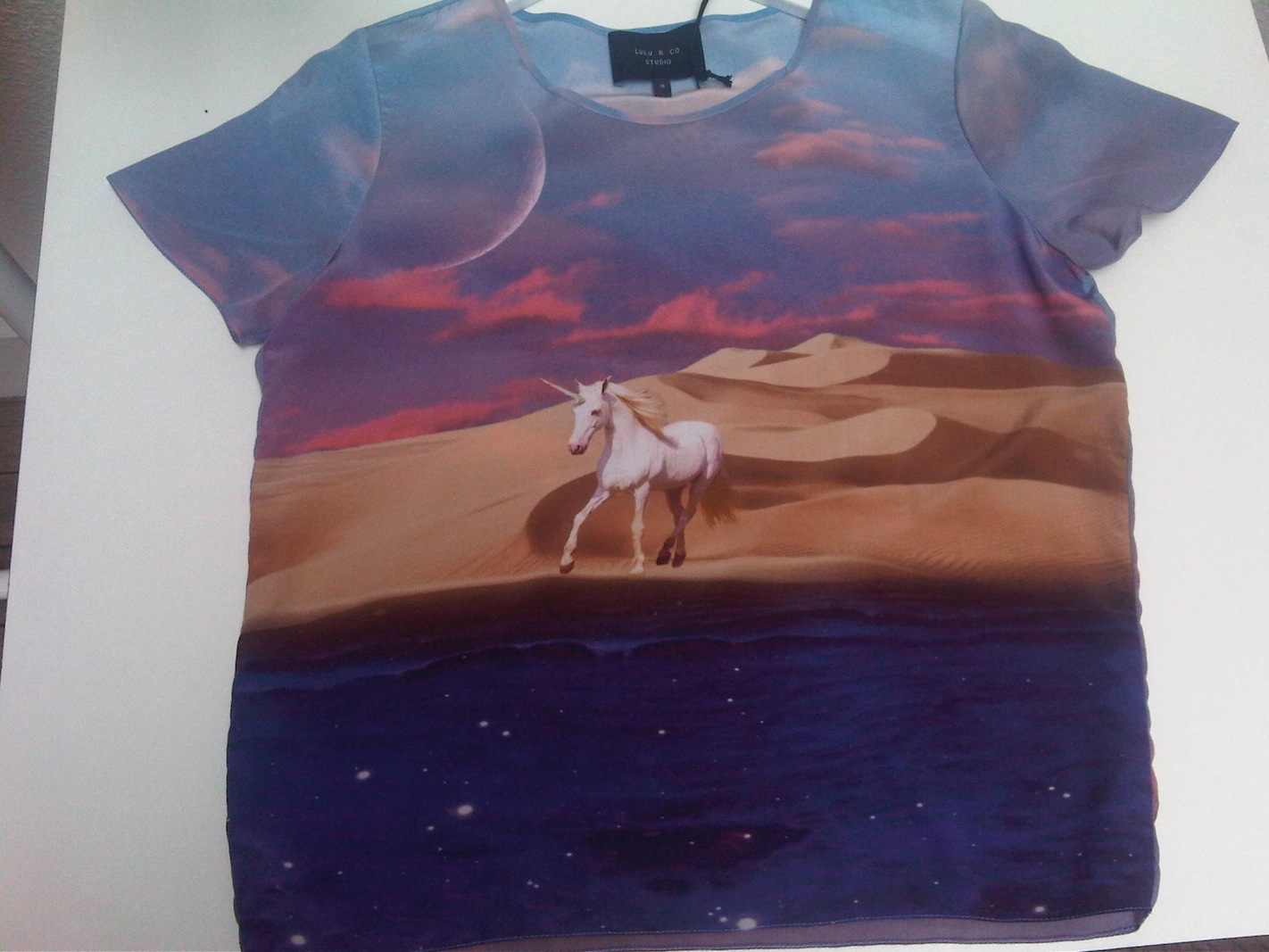 “Here’s the rail in the showroom. We brought the pink neon sign over!” 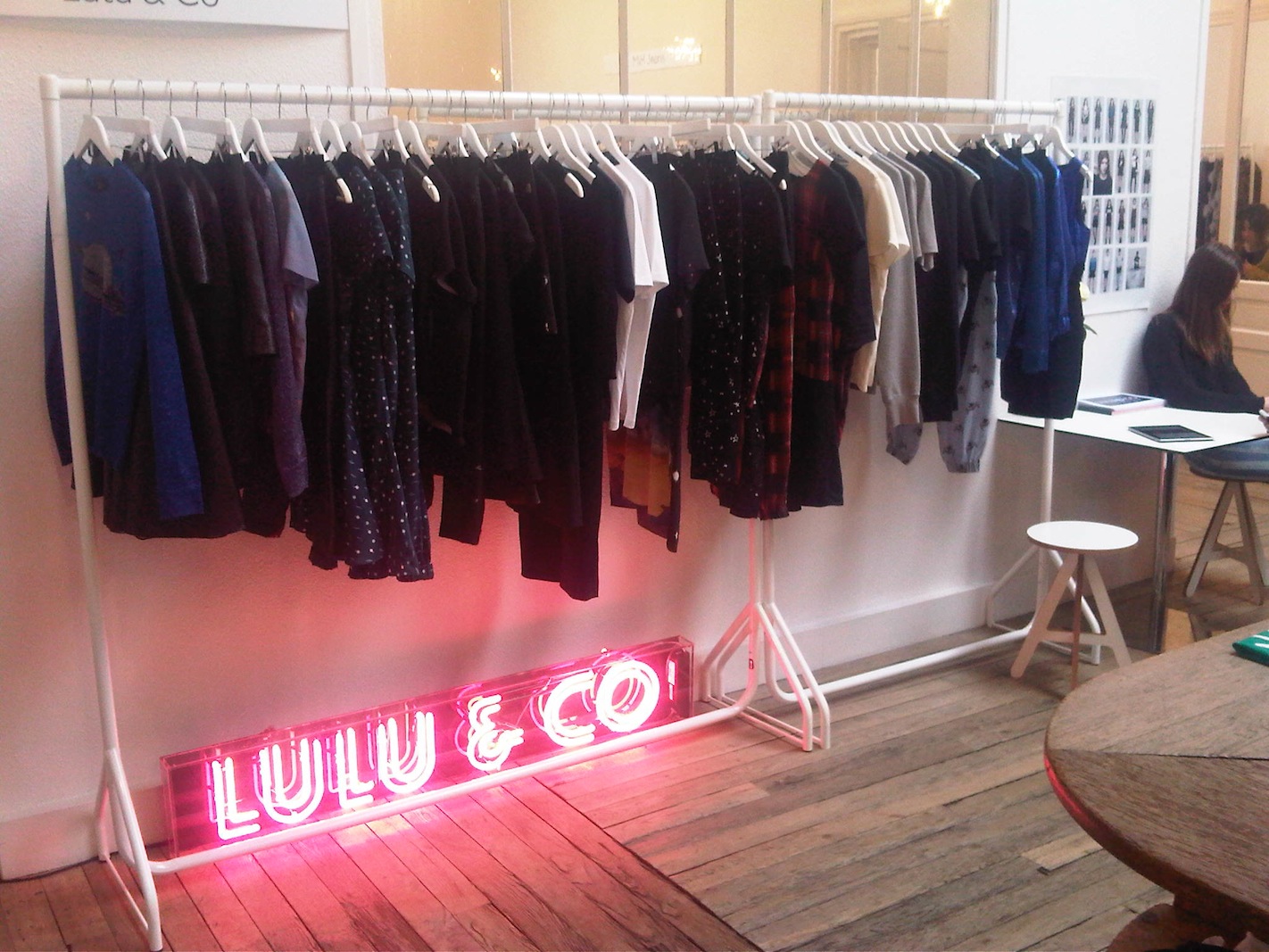 “Here’s me in the Earthling sweatshirt. I’m wearing jeans but I might pop on this lurex skirt for fun. My stilettos are Richard Nicoll.” 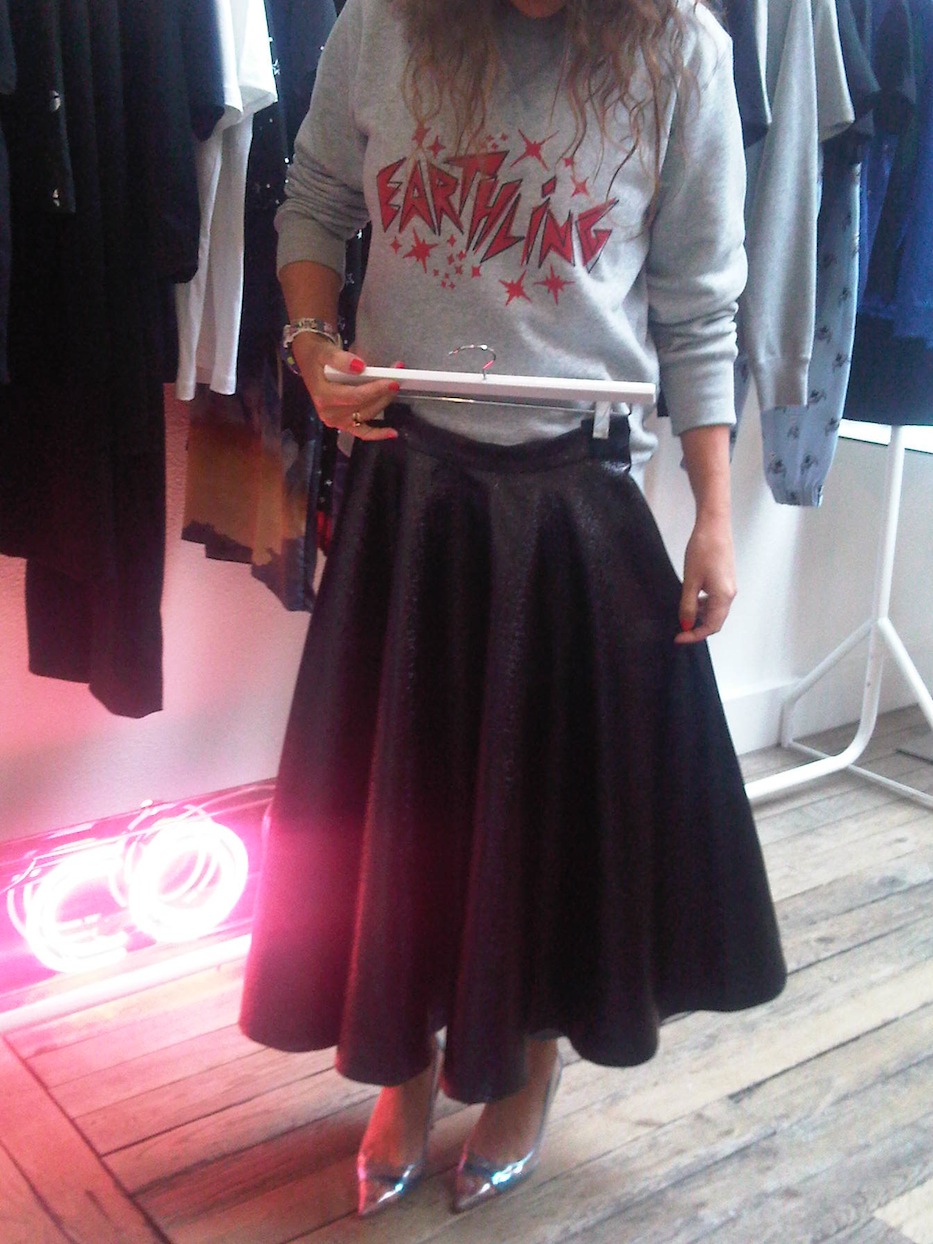 “This is Helen holding up the eclipse T-shirt dress me and Ferry did. Its sort of like Kryptonite universe meets the Orbs pink fluffy clouds.” 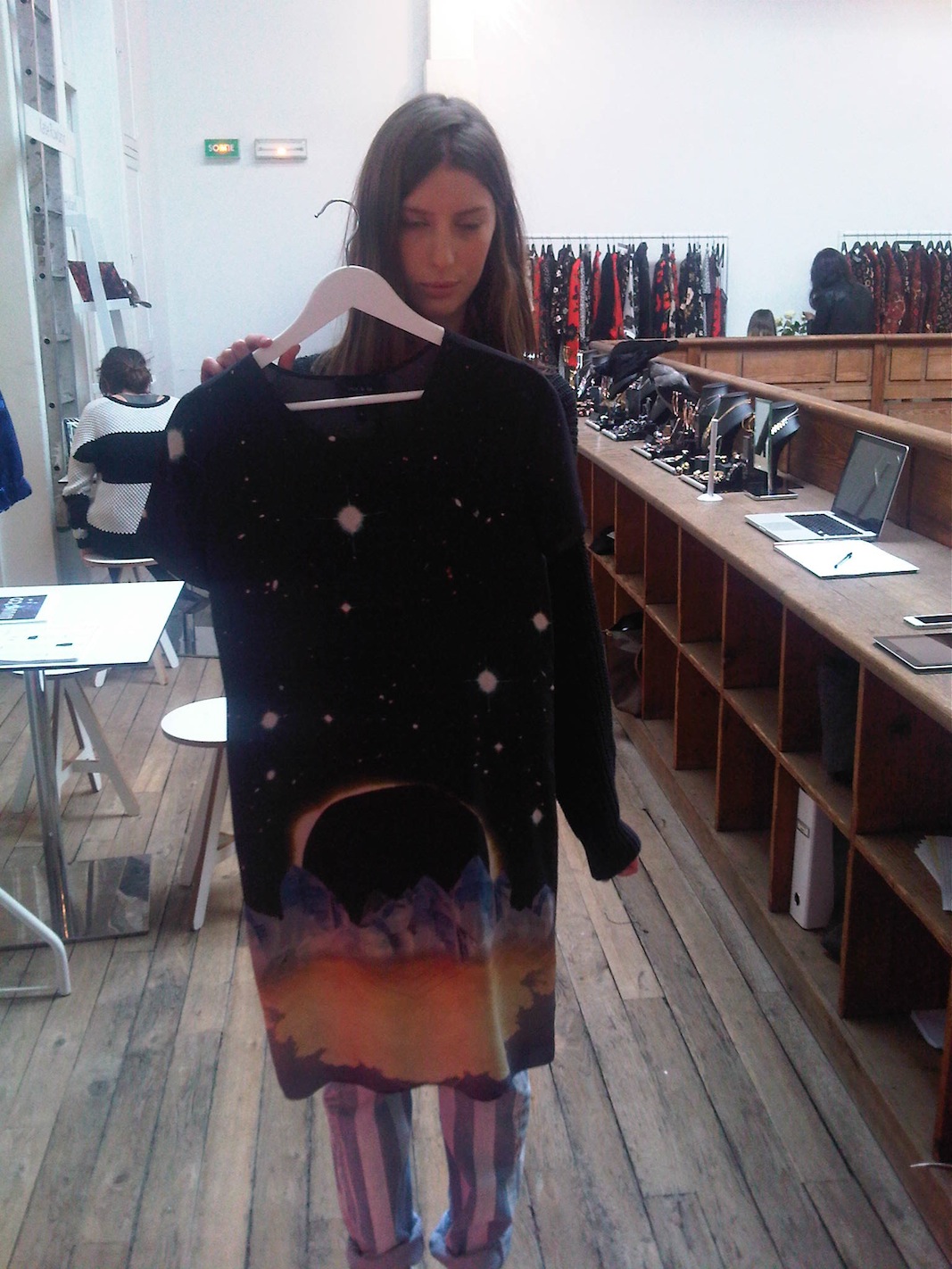 “This is a collaboration with lovely McAlpine Miller, a fine artist who paints photo realist stuff spliced up with vintage comics. Here’s Elvis on a black tee, worn by our intern Vicki.” 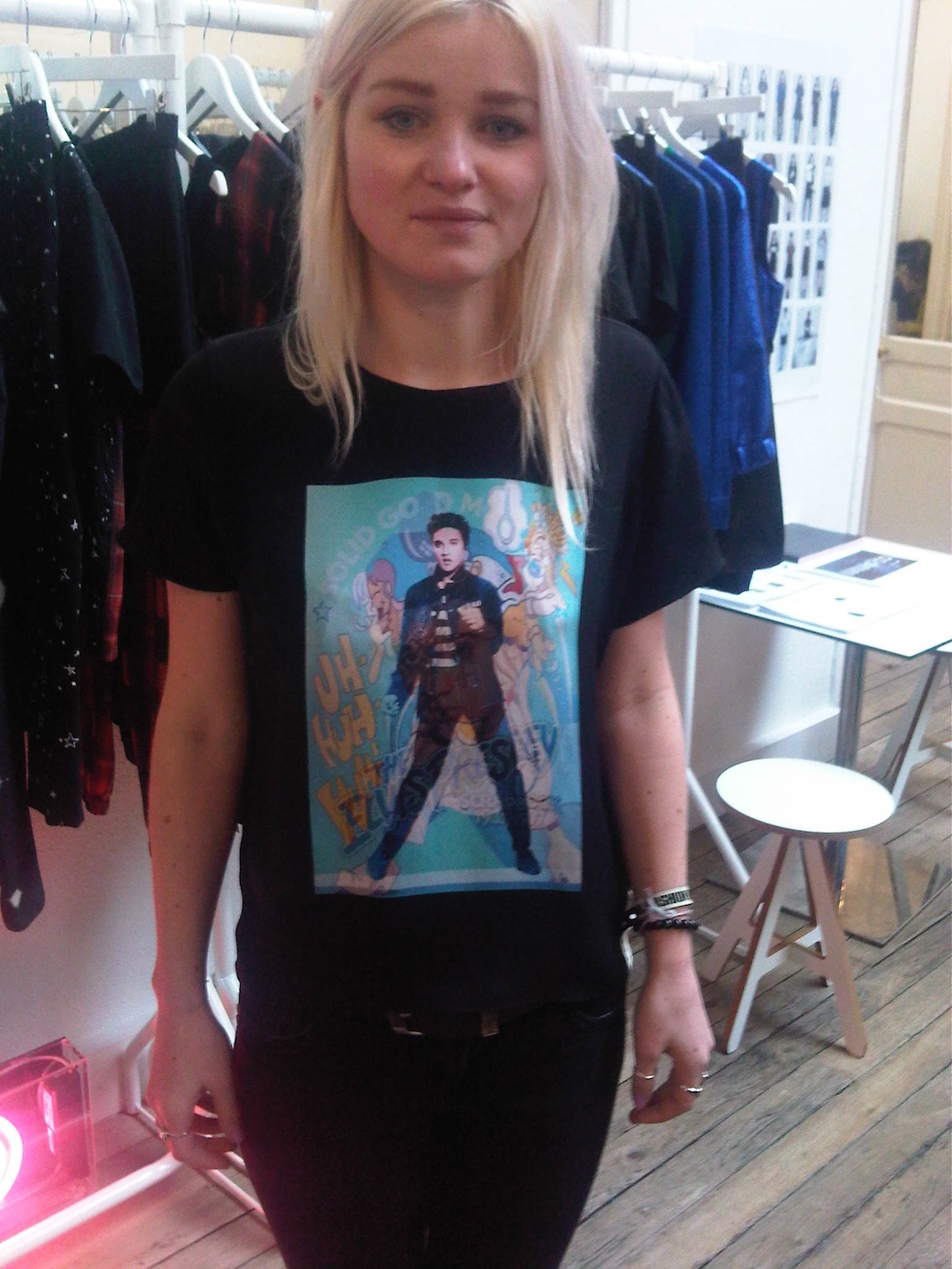 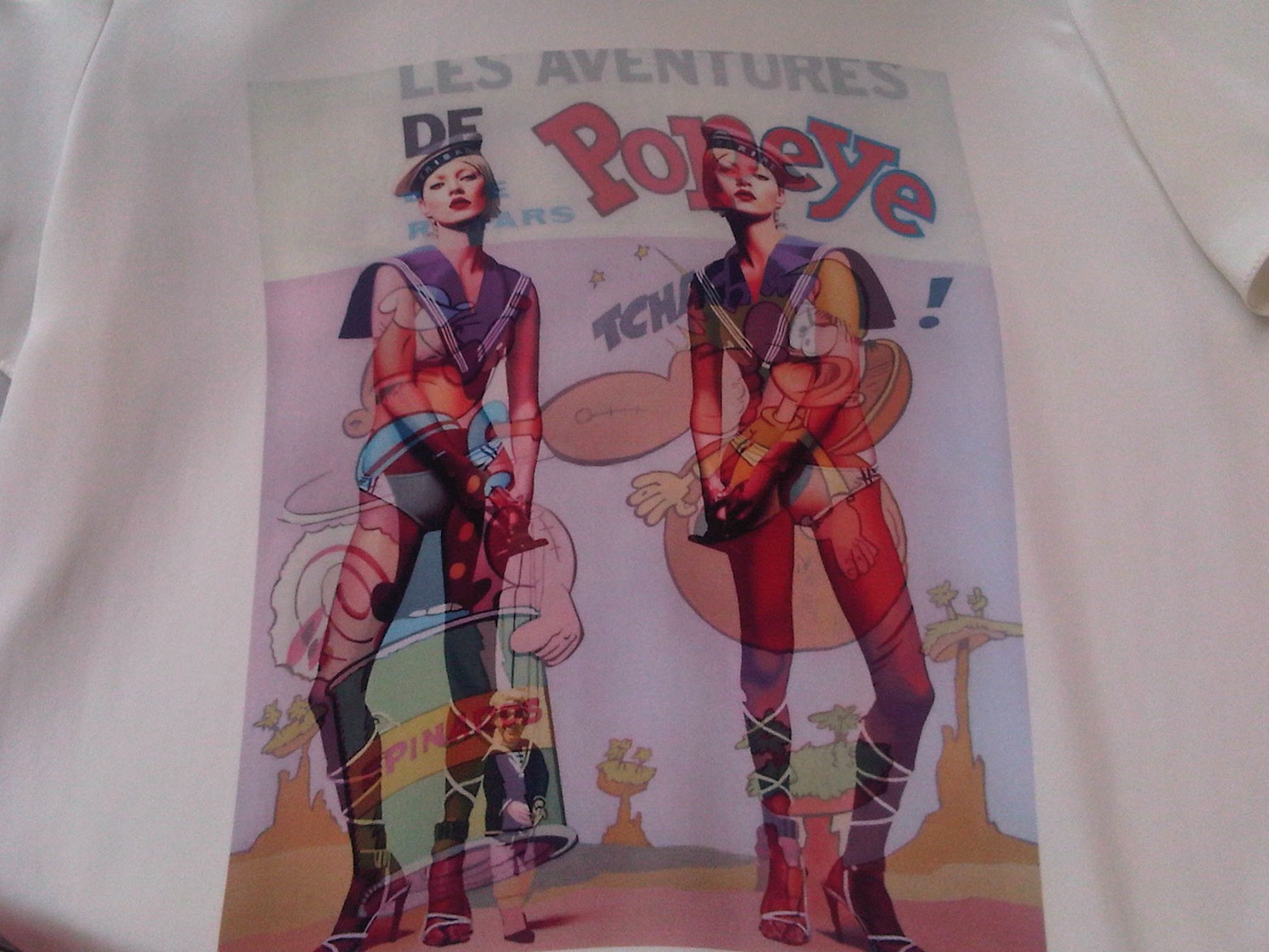 “I’ve collaborated with Bobby Abley, who showed for the first time this season in the Fashion East Installations during menswear. He’s redrawn his classic birds so they have space helmets on.” 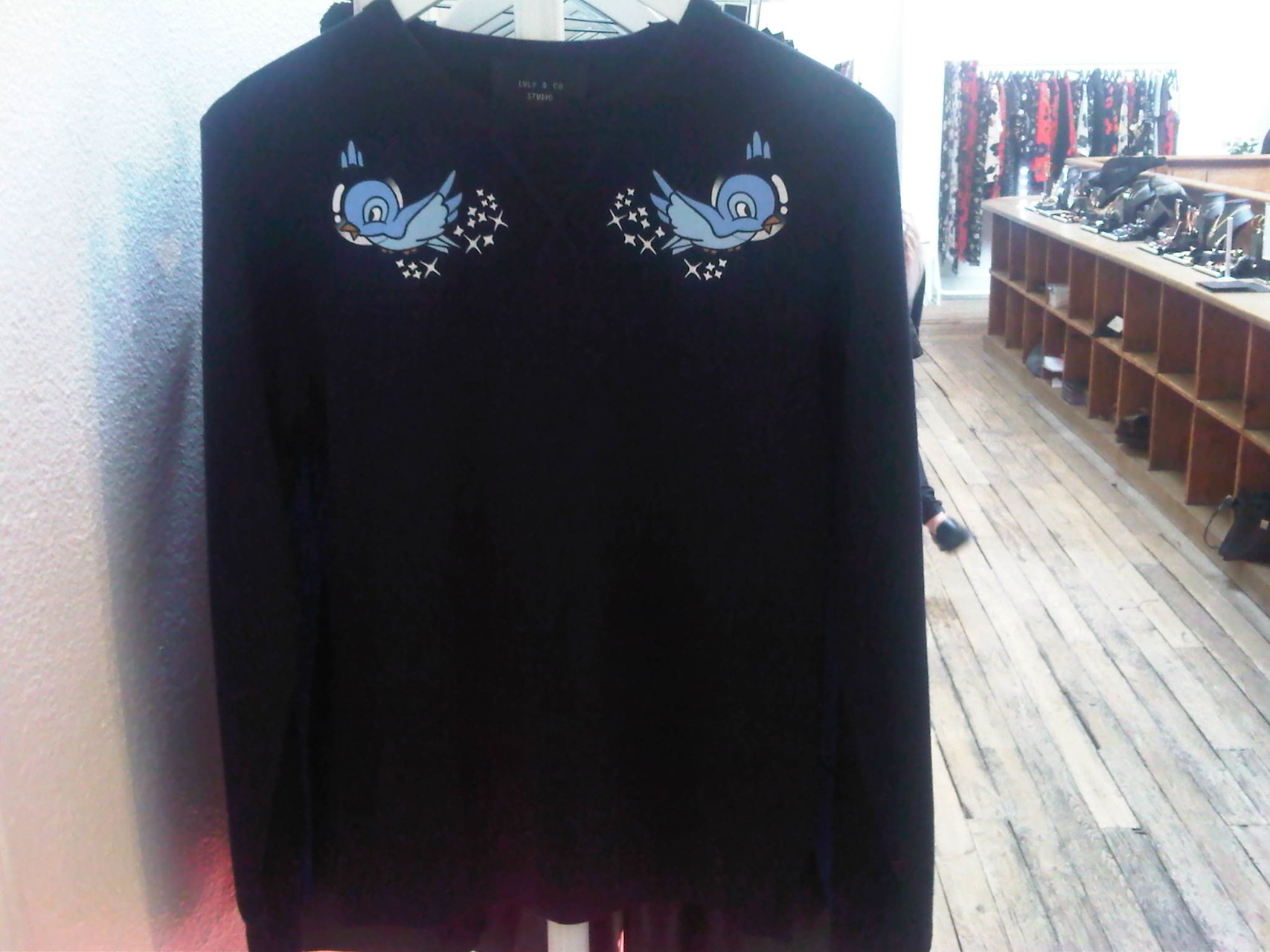 “He’s drawn his bears in a space ship so it’s me and him saying hi to each other. His bear is in red sunglasses. It’s on a silk tee and jogger set.” 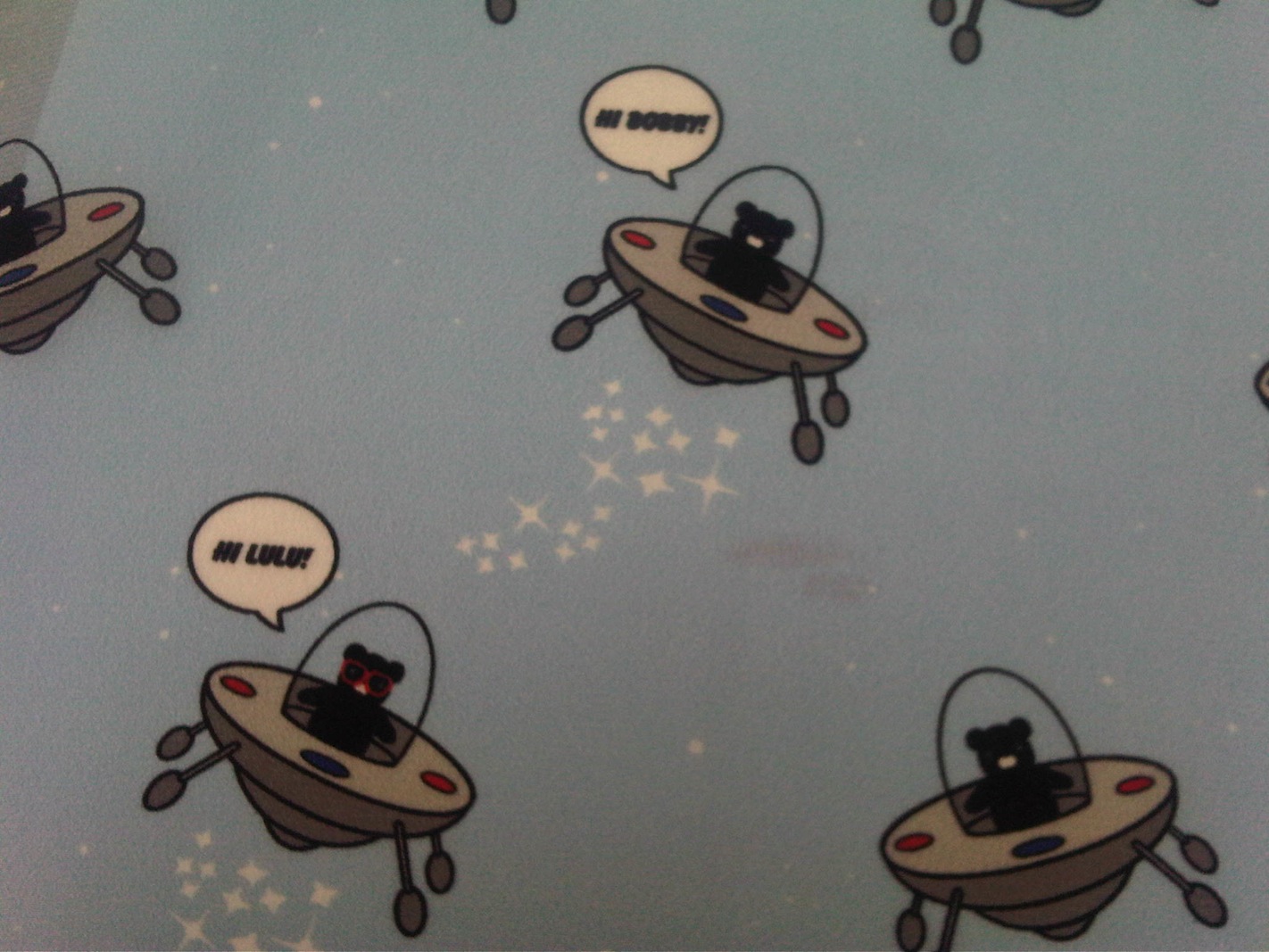 “Here’s an image from our lookbook shoot of Sophie wearing the Charlie unicorn sweater.” 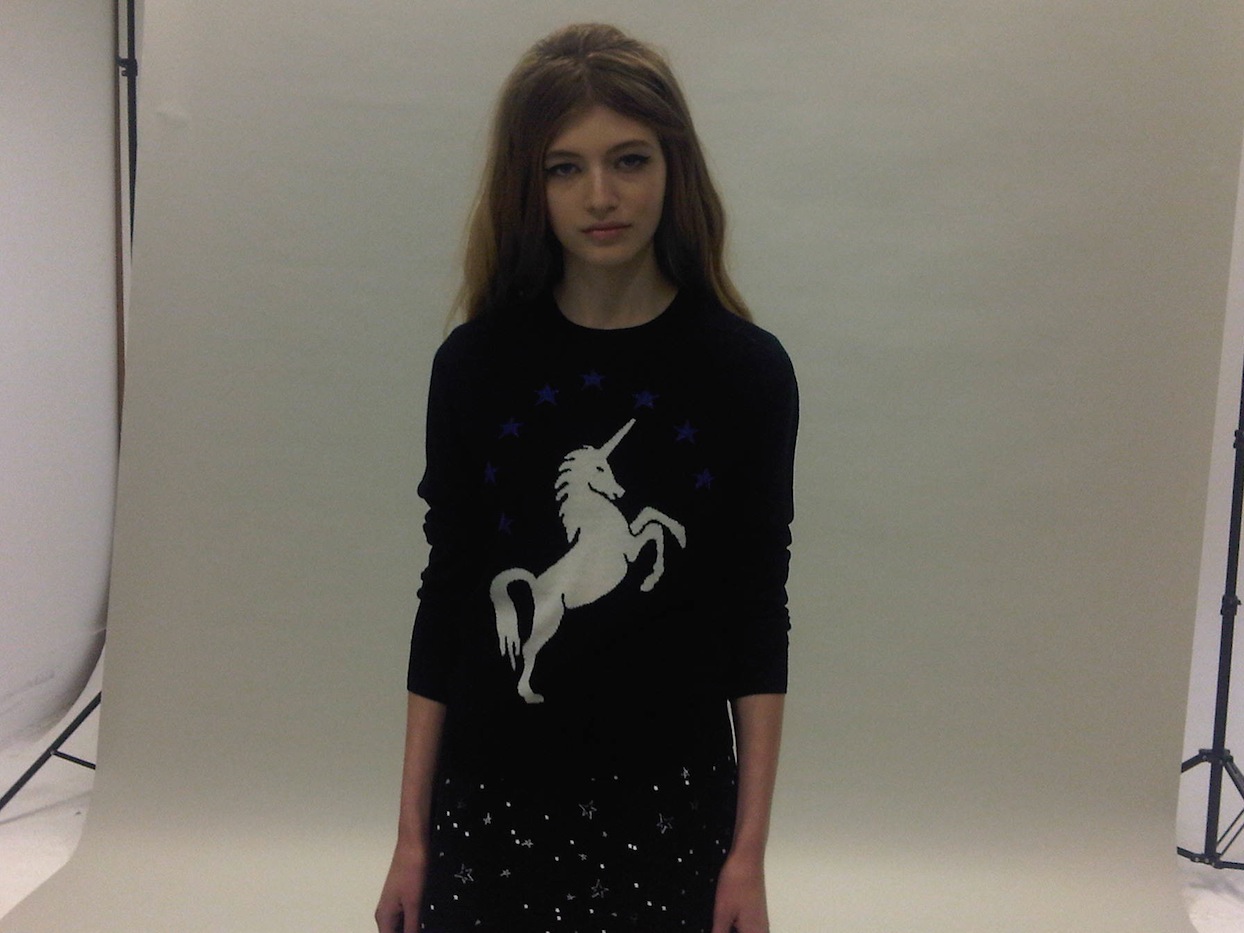 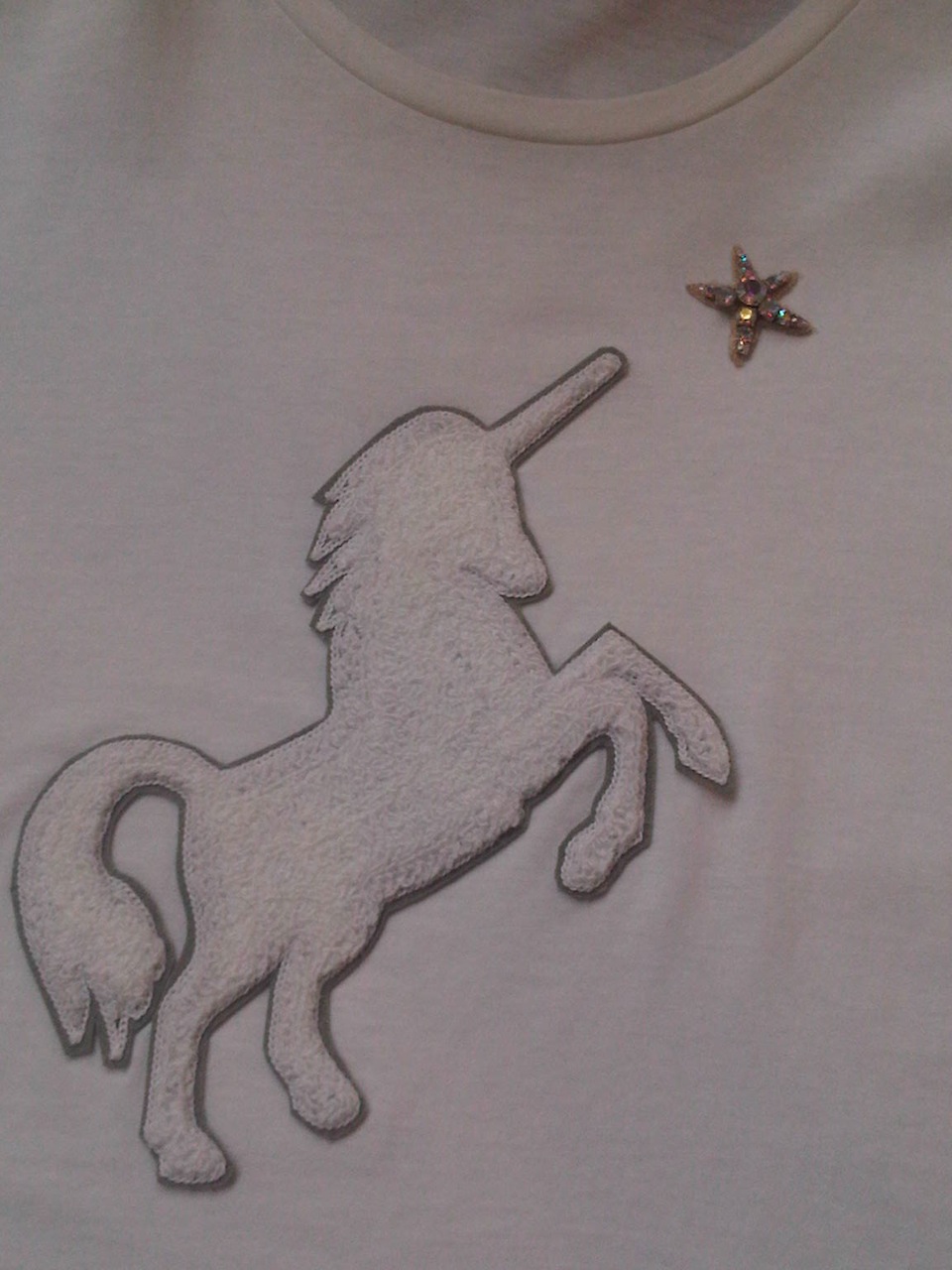 “And final selection, an Earthling hat.” 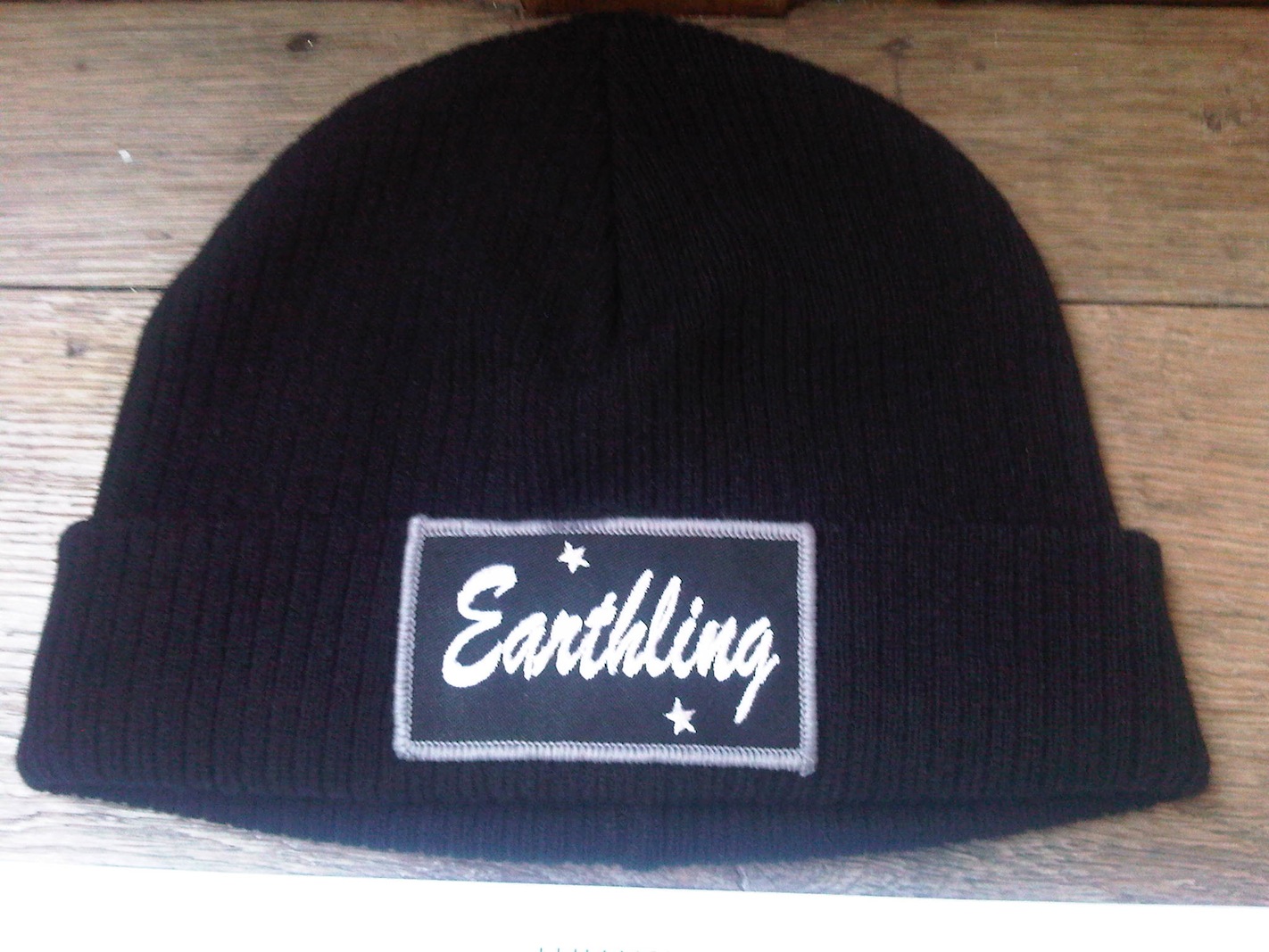 All round general amazingness!

Love how the label has grown so much.

It’s got a real confidence about it now.

While still being nice and humble.

A lovely way to evolve.

I wish Lulu & Co would reveal its wares during London Fashion Week.

Did I say this last time?

Would right jolly the week up.

It deserves to be seen more widely.